The pain was waking Emma Wicker up in the middle of the night. She would be in a deep sleep one minute and writhing and screaming in pain the next.

Those were the screams that have woken Stacey Wicker up for years.

Those were the worst sounds — her little girl so desperate to relieve the agony. Her daughter begging to go to the hospital, to do something, to do anything to make it go away.

But on this day in November, Emma is quiet. She is inside IU Health Saxony Hospital just minutes from a hip replacement surgery that will rid her 13-year-old body of that awful pain.

She will be under the expert hands of R. Michael Meneghini, M.D., an orthopedic surgeon with IU Health.

He will be doing a surgery that is common, but that is extremely rare for a 13-year-old. Emma is one of just three patients her age or younger — out of 1,000 patients – to have hip replacement surgery in the past six years.

And it’s not a new thing. Not for Emma. Not for Meneghini. These two have been together before. 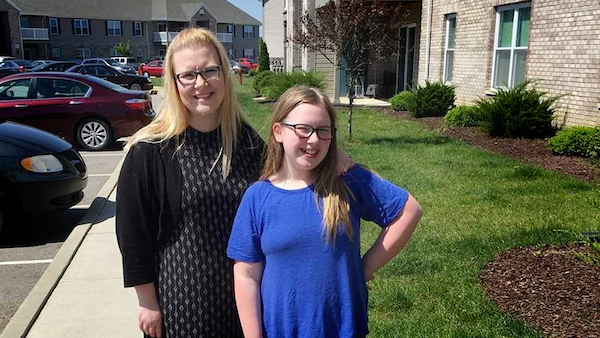 In March, she had her left hip replaced as a 12-year-old. This surgery will replace Emma’s right hip.

And hopefully – with this one — all that pain will dissipate. Hopefully, those screams in the night will fade.

“I can’t even imagine what she’s been going through,” says Stacey. “The pain she has been in.”

Emma has Legg-Calve-Perthes disease, a childhood condition that affects the hip. With the condition, blood supply is temporarily interrupted to the ball part of the hip joint.

The bone then begins to die, due to the lack of blood flow, so it breaks more easily and heals poorly. And it hurts.

How Emma gets through the pain, she “just bears with it.” There’s nothing she can do to make it better, she says.

Emma says those words without flinching. She is mature for her age. She smiles sweetly when asked if she is nervous to be going into surgery this day. Maybe a little nervous, she says.

But this has been Emma’s life, growing up in Lafayette, Ind. It’s her tenth surgery. Any procedure Stacey watches her daughter go through is tough. The first one happened when Emma was just six years old.

Emma was complaining of knee and ankle pain. Stacey noticed that when Emma walked, her foot was turning in.

Stacey thought that seemed odd. So she called a family friend, a chiropractor. After X-rays, he told Stacey he thought Emma had Legg-Calve-Perthes. 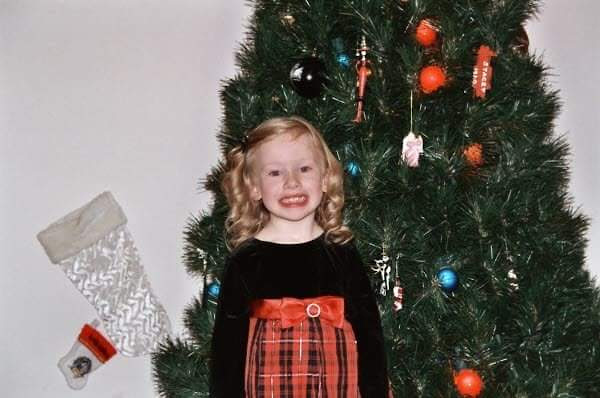 She was familiar with that diagnosis. Emma’s dad, Carlos, has the same condition. He was diagnosed much later, at age 14, after he fell from the top of a curly slide.

Doctors thought his pain was from that trauma, but soon found it wasn’t. In his 20s, Carlos had his own hip replacement.

For Emma, the condition has consumed her life. She has had to miss school. She hasn’t been able to run and dance freely.

“The femur where your hip is, that just pretty much disintegrates and your body absorbs the old bone and then you kind of regrow back a newer one,” Stacey says. “But it takes a few years to go through the whole process.”

And Emma’s didn’t grow back in a good way. Her ball joints on both hips grew back flat and jagged looking. And she had to walk on that.

“Even though you don’t see it on the outside of the body,” Stacey says. “She feels it.”

Emma has made the best of it. She loves her dog Harlee, a schnauzer poodle mix. She loves crafts.

One Christmas, she took socks and filled them with rice, put faces on them like snowmen and gave them to all her aunts and uncles.

The anesthesiologist walks in. He wants to discuss pain control. He tells her what he will do to ease the pain after surgery. 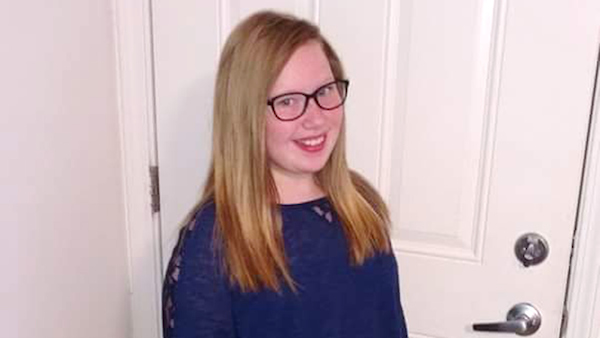 There will be a breathing tube like last time, he tells her.

“And I know you want to go to sleep with the mask. We can do that. It’s no big deal at all,” he says. “We will put the IV in after you’re asleep. You will wake up in this bed and we’ll take the breathing tube out as you’re starting to wake up.”

“Alright, I’ll see you back there in a minute,” the anesthesiologist says.

It’s time for Emma to leave for surgery. A nurse comes in to take her to the operating room.

“Are you ready for that new hip?” Stacey asks her daughter. “Are you going to do cartwheels out of here?” She hugs Emma and kisses her.

“We will take very good care of her, mom,” the nurse says. Stacey nods. Now, for the wait. 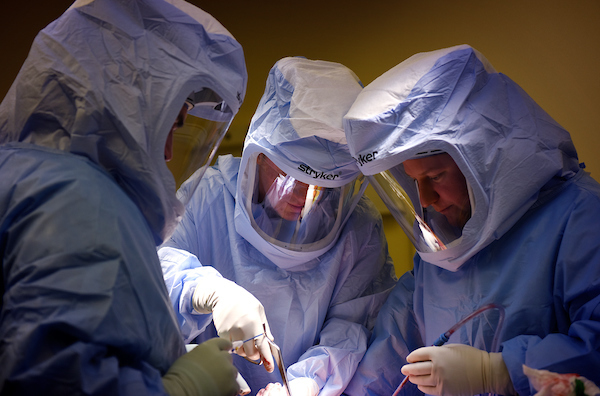 Inside the operating room, the prep begins. Dr. Meneghini will be using the smallest size hip replacement made for Emma’s surgery.

He talks about how rare it is to be replacing a second hip on a young girl.

“She’s a great kid,” he says. A tough kid. The surgery begins. It lasts less than two hours from start to finish.

As Dr. Meneghini pulls out the ball of Emma’s old hip, he holds it up. It’s flat.

“That can’t feel good to walk on. Look at that,” he says. “Normally, it’s a ball. She is walking on a pancake.”

As he’s stitching Emma up, Dr. Meneghini asks to have Stacey put in a conference room. The surgery is over.

“All done,” he says, as he walks into the small room where Stacey is sitting. “No problems at all. It went great.”

“Awesome,” Stacey says, a look of relief spreading across her face.

“It was bad, like we knew it was,” Dr. Meneghini says. “It was flat as a pancake just like the other side was. But she did great. Now her legs are equal. She will be very happy.”

Stacey is sure of that. She is sure Emma will be thrilled to be living without that pain.

“Thank you so much,” she says to Dr. Meneghini.

“You’re very welcome. Happy to do it,” he says. “From the first time we met, I remember, it was a tough situation from the very beginning. But she’s done great.”