She was 13 and she was mesmerized.

“There were two things in my life always in the back of my mind. One was that I would work with the Deaf and the other is that I would adopt a child,” said Ottinger, who became one of the first full-time ASL interpreters with IU Health when she joined the staff in 2010.

Born in Texas – into an Air Force family – Ottinger spent most of her life in Indiana and graduated from Lafayette Jefferson High School.

“I was the first generation not raised on a farm in over 200 years of my family’s history. I come from a long line of farmers,” said Ottinger. Her grandparents raised sheep, cows and crops.  Her mother was a schoolteacher for more than 35 years and her father was a career Air Force man who was killed in Vietnam in 1972 after 19 and half years of service. Her stepfather died of cancer in 1988.

At about the same time her father died, Ottinger’s attention was drawn to the television show that taught ASL.

“I never looked at the Deaf Community as having a disability. I thought of them as a unique group of people – a culture.”

After high school she obtained a bachelors degree in psychology from Purdue University and then applied to Gallaudet University, a private university for educating the Deaf and Hard of Hearing. The 99-acre campus, located in Washington, D.C. typically accepts only about five percent hearing students; the rest are Deaf, said Ottinger.

“I asked my favorite professor why they let me in. I had no signing skills. It was like going to a different country. I learned sign language organically from interacting with others and I developed a greater understanding of what it was like to be a minority. I was the odd one out so it made me sensitive to what it must be like to be deaf in a hearing culture. It was very challenging but I had several people step forward to mentor me.”

Ottinger spent two years at the school and then worked at the Illinois School for the Deaf after her graduation before returning home to Indiana. At the age of 25 she became the Dean of Girls at the Indiana School for the Deaf – overseeing 200 students and 45 staff members. After four years she moved to IU School of Nursing as an advisor and later served as a patient representative for University Hospital. That experience led Ottinger to earn a nursing degree from IUPUI and then to work at Riley Hospital for Children on the stem cell transplant unit.

“I got married late in life and had my first child three days shy of 38. When my son arrived I wanted to stay home with him as much as I could.” So she started interpreting on a freelance basis at clinics throughout Indianapolis and also at IU Health.

When her first born, Sam was almost two, Ottinger began looking at options to adopt a second child. When she considered international adoption, she thought of some of her early influences from her dad.

When he was in the service, he traveled and often sent his young daughter gifts from different countries. She remembers receiving foreign coins, a clamshell with a pearl, sheepskin rugs from Iceland and wool sweaters from Greenland.

Mostly she remembers slippers made of rich Chinese brocade. “The gifts were always unique to that culture and something I wouldn’t otherwise encounter,” said Ottinger.

That was until she adopted her daughter Sarah from China. She is 10 months older than her brother, who is now 19. Sam studies engineering at IUPUI and Sarah, now 20, studies biochemistry at Trine University.

Ottinger spent two weeks in China before bringing her daughter to the States. They also returned a couple years later to visit. 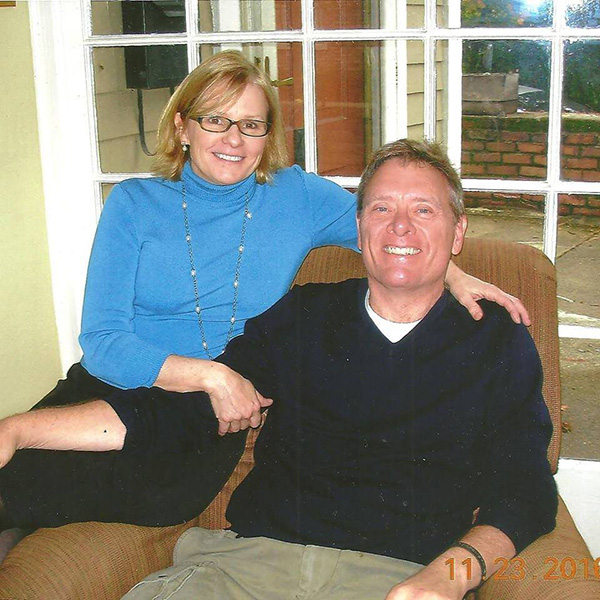 “She was four and spoke Mandarin. I didn’t know Mandarin so I taught her sign language. She says she never remembers a time we couldn’t communicate,” said Ottinger, who married her second husband Ron Flick five and half years ago. They share a family of six children.

Over the years, she has encouraged her children to embrace various cultures and has introduced their friends to the unknown. At her daughter’s elementary Ottinger helped start a citywide Girl Scout troop for children adopted from China, celebrated the Chinese New Year by making dumplings for her class, and sponsored the Shanghai Acrobatic Show for the students.

“I never wanted people to tease her because she was Chinese. I wanted them to learn from her about her culture and enjoy it,” said Ottinger. The same is true in her current job. She never knows where she will be each day in her role as an interpreter – labor and delivery, ER, or pediatrics.

It’s a job that allows her to do what she does best – be an advocate for the Deaf Community and an educator for healthcare practitioners – focusing on the differences between American Sign Language and the English language.

“We get over 100,000 requests for interpreters a year – that includes different languages such as Spanish, Burmese, and ASL,” said Otttinger, who is the only IU Health interpreter with both an ASL and a medical background.

What she likes best about her job?

“I’m still very interested in medicine and learning so every day I feel like I’m attending a different seminar and I’m focused on health literacy and the Deaf Community – on making communication better.”