There are many ways to see the bond between these two friends. There are the matching Anna Beck earrings inspired by Balinese culture that they wear on the same day; there are the stories of two women vacationing in Portugal and Spain who laugh until they ache; there are the shared calendar commitments – fund-raising events for Myeloma and the American Cancer Society; and there are the photos of them next to a Christmas tree enjoying the holidays together.

But mostly, the bond is seen through their smiles. When Sood and Brack are together, they laugh, they exchange those knowing glances that only friends understand, and they animatedly talk about a relationship that started with a serious illness. 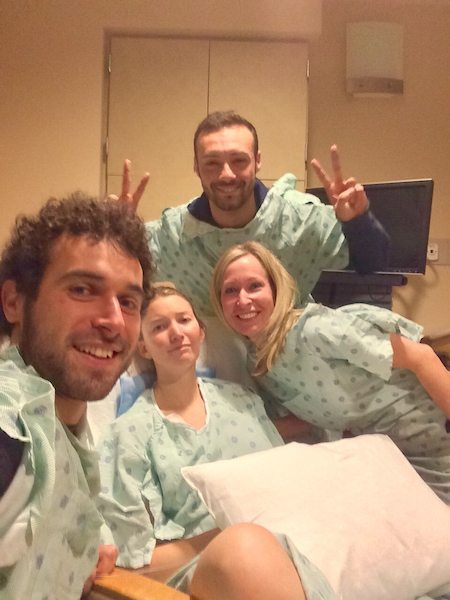 Brack was a junior at DePauw University when she was diagnosed with Stage IV rectal cancer. She went through chemotherapy, radiation, and surgery. A year later – in 2010, she graduated from college. Just six months passed before 13 tumors were discovered in her liver. Another surgery followed along with more chemotherapy. Three months later, more liver tumors were discovered.  Last fall she underwent another surgery to remove a tumor from her bladder.

It was when she was starting a new series of chemo that Brack met Sood. Or, depending on whom you ask, Sood met Brack.

“I just had this feeling that I wanted to help her. She’s the sister I never had,” said Sood, an only child and the mother of two, who has been a nurse for 20 years. She was working in infusion at that time and now is the nurse coordinator for the myeloma program at IU Health Simon Cancer Center.

A former candy striper, Sood says she has always wanted to be a nurse or a teacher. In elementary school she looked up to her school nurses for their nurturing spirit and in high school, she loved anatomy and physiology. She went on to Indiana University and has worked at IU Health since her days as a student nurse.

At first, she didn’t see her meeting with Brack as anything unusual.

“It’s an old adage but it’s so true. I try to treat others the way I want to be treated. I really truly try to be a bright spot. I want the patient to be as comfortable as possible and for their visits to be as seamless and peaceful as possible because they are going through hell,” said Sood, 42. “When I first meet them they don’t even know what’s going to hit them. I meet them at the highest anxiety point. I don’t even think they can register what is going on around them. It’s total shock. I just let them know I’m here to walk this road with them it will be one of the most difficult things they’ll face.” 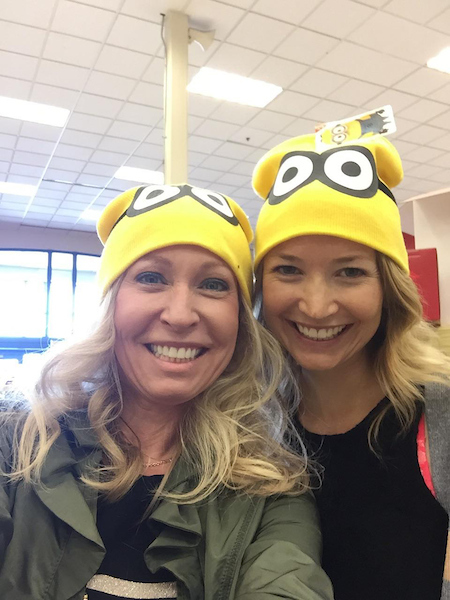 Brack remembers looking in the eye of that storm with Sood by her side.

First, it was small talk – about their hair stylists, and shared interests like their dogs.  Then Sood invited Brack to an event at Simon Cancer Center. The friendship grew from there.

“When I first met Courtney, I saw her as a welcoming face. It made me feel sort of happy even though I knew what was coming. She made me feel safe,” said Brack, who turns 30 in December.  Under the care of oncologist Dr. Patrick Loehrer, Brack said that since her last surgery, she has had no evidence of cancer.

“Gwen is a beautiful young woman, from the warmth of her smile to the very depths of her soul,” said Dr. Loehrer. “For any of us, we would say in a moment, that it is not fair for a girl in her early 20’s to be diagnosed with metastatic colorectal cancer. This is rare, indeed.  Through her many treatments of surgery, radiation and chemotherapy, I have not once heard Gwen utter the word, ‘unfair.’ She is a gracious role model who recognizes that cancer is in fact, too fair; it does not discriminate based on age, gender, or income.  Gwen is hard-wired to give and she gives of herself to help others.  She is nothing short of remarkable.”

Brack credits Sood for helping her navigate that journey. In a nomination for Cure, a publication honoring oncology nurses as “Extraordinary Healers,” Brack wrote:

“Courtney embodies joy, empathy, compassion and competency, no matter what she is doing. She immediately makes one feel welcome and comforted. She is incredibly detailed-oriented, and for oncology patients, that translates into a sense of trust.” 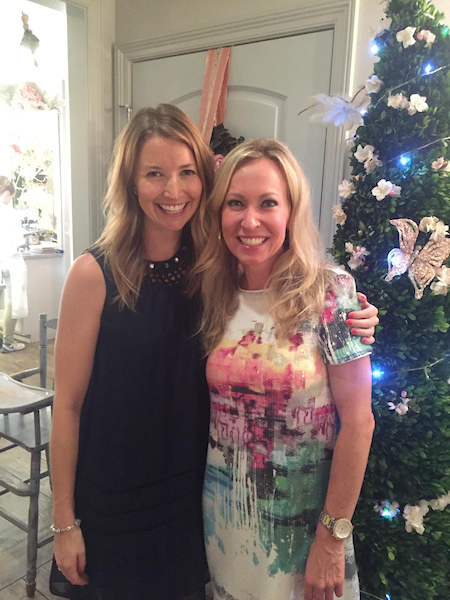 Sood has been known to pick up patient’s prescriptions, drive them home after treatments, plan birthday celebrations and even help transport a set of twins from California who flew home to visit a relative battling cancer.

“Courtney makes the ugly and terrifying cruelty of cancer into something slightly less daunting, and this is truly extraordinary,” wrote Brack. Photos of the two women – all smiles, accompany the tribute.

The photos are among the many they have collected over the years.

As their friendship has grown, the women have learned many things they have in common  – traveling, attending concerts, trying new restaurants and giving back to the community.

Brack chauffeurs patients to doctors appointments, and both women have participated in the Relay for Life and numerous other fundraisers supporting cancer awareness.

“I’ve gotten close to lots of my patients,” said Sood. “Care doesn’t stop at the bedside. This is just one of those friendships that can’t be explained. This much we know – life is too short to question an uncommon friendship.”