They come in nervous and overwhelmed. They come with questions and worries.

And then they meet nurse Jilaine Stevens. She is a positive force inside the pre-admission testing area at IU Health Methodist Hospital — ready to greet patients and calm any angst they might have.

“The patient should feel like they’re the only person in the world at that moment,” says Stevens, who started her nursing career at Methodist in 1989. “That one patient in front of you is where your focus should be.”

Each week, dozens of patients set for surgery – from outpatient procedures to craniotomies — come through the testing area. They are sent by their surgeons, often due to comorbidity, two chronic diseases happening simultaneously.

The area has two physicians, two nurse practitioners and one physician assistant, as well as nurses. Stevens’ job is to perform EKGs, do pre-op testing, educate and put patients at ease.

“My goal is for them to leave feeling positive,” she says.

But Stevens’ job is so much more. What happens inside the pre-admission testing area has had a dramatic impact on patient outcomes, decreasing infections rates.

As part of their visits, patients get shakes to build up the immune system, devices to exercise lungs before surgery, ointment to help prevent infections, a shower cleanse for the night before and day of surgery.

“It’s rewarding,” Stevens says, “to see the effect what we do has.”

Stevens grew up in Berne, Ind., south of Fort Wayne. Her dad was a veterinarian; her mom was a nurse. Stevens didn’t know as a young girl she would follow in her mom’s footsteps. 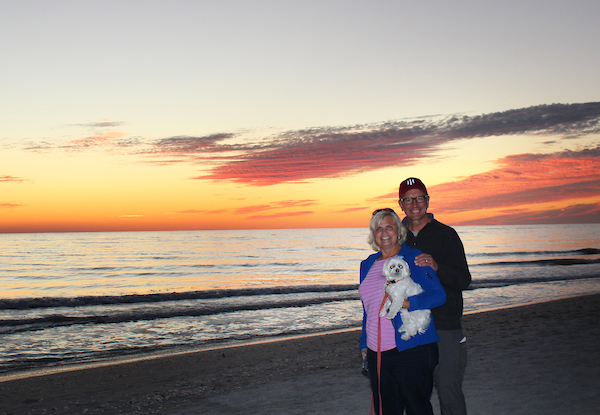 But after two years at DePauw University, she headed to Methodist for the nursing program. She lived in an apartment not far from the hospital, took classes at Wile Hall and did most of her clinical work at Methodist.

After graduating, she stayed on at Methodist, working general surgery, trauma and post op. When her husband, Larry Stevens, M.D., headed to Chicago in 1989 for a two-year transplant fellowship, Stevens took a job at Northwestern Memorial Hospital as a recovery nurse.

She fell in love with that unit and when the couple moved back to Indianapolis, Stevens took a job in the recovery room at Methodist in 1991.

After her two children were born, Stevens took some time off to be a full-time mother. When she returned to work, she took at job at IU Health North Hospital in preadmission testing, staying there until 2012. After several years at a private practice, she landed back at Methodist in August.

“This truly is the best unit ever. Everybody cares about the patient and the patient outcome,” she says. “I feel like we really do make a difference.”

You might not know: Stevens is married to Larry Stevens, M.D., medical director of surgery at Methodist. The two met when, as a nursing student, Stevens was asked to help a first-year intern put a chest tube in a patient. That intern was Dr. Stevens.

Personal: She and Dr. Stevens have two grown children, daughter Taylor, a sophomore medical student at IU; and son Austin, a mechanical engineering major at the University of Mississippi.

Outside of Methodist: Stevens loves to cook, especially desserts and appetizers. She likes scouring the retail scene for purses and shoes and traveling with her husband. She also has a beloved Maltese dog named Ellie.