Eli Cornwell has demons. “Don’t we all?” he asks. He fights them every single day.

And so the words pour out. His honesty endearing. The words of an addict, now sober, but hitting bumps every day of his life.

Cornwell almost died in October of 2016, after a night of partying hard. He was hanging out of a pickup truck going 40 miles an hour in the wee hours of the morning. He fell out and slammed onto the road, shattering his skull.

He has had five brain surgeries since then. He has short-term memory loss. He endured months and months of rehab.

And yet, he went back. Back to the alcohol. 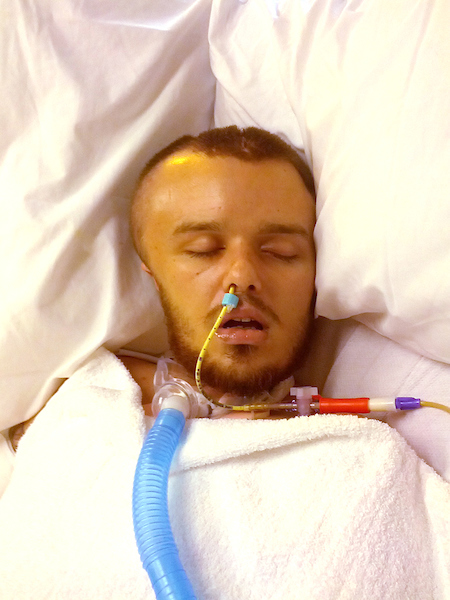 “I’m not going to lie, I’ve made mistakes,” says Cornwell, who lives in Spencer, Ind. “So, there is bad news to tell. I went back to alcohol, which is what hurt me in the first place.”

He is now on probation. But, he is searching for the light – the light in his own story. And there is something raw and inspiring about that.

“I’m supposed to do something,” says Cornwell, 25, who is now sober. “I wouldn’t still be here if not. I am still here on this earth for a reason.”

It is a miracle that Cornwell is still here. When the accident happened, his mom Lori Lawyer got that horrific news every mom fears.

An accident. Brain injury. Lawyer was sure she would be planning her son’s funeral.

No one thought Cornwell was going to make it. After a successful emergency surgery by Nicholas Barbaro, M.D., at IU Health Methodist Hospital, things took a turn for the worse.

“His brain showed massive swelling with intracranial pressure going up very high,” says Dr. Barbaro, neurosurgeon and chair of IU Health’s department of neurosurgery. “We thought he was going to die.”

Cornwell fought through and went home. He had his fifth and final brain surgery in July. He finished months of rehab. 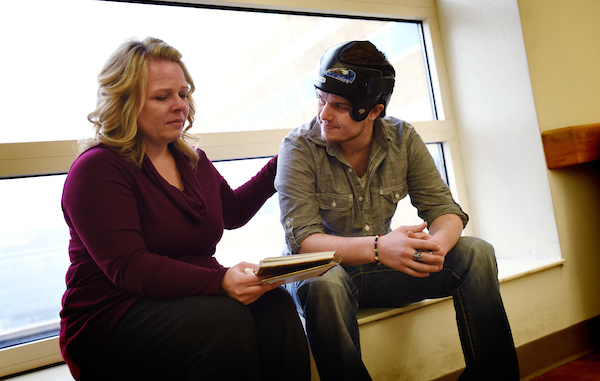 He says he has no side effects from the injury except for the short-term memory loss.

“It’s like it never happened, really,” he says. “I can do something with my life.”

He has started fresh – again – and has a serious girlfriend, Corrine, who he says is good for him.

“She’ll keep me on the right path,” he says. “I never knew it could be this way.”

The job search is tough, so Cornwell stays busy helping family split wood. He wants to go to college to be a forestry ranger.

He would love to come back to Methodist on a regular basis and talk to people who’ve suffered traumatic brain injury.

He already speaks to church groups about his journey. And, he says, has more scripture memorized than ever.

“Blessed is the one who trusts in the Lord, whose confidence is in him,” Cornwell recites from Jeremiah. “They will be like a tree planted by the water that sends out its roots by the stream. It does not fear when heat comes; its leaves are always green. It has no worries in a year of drought and never fails to bear fruit.” 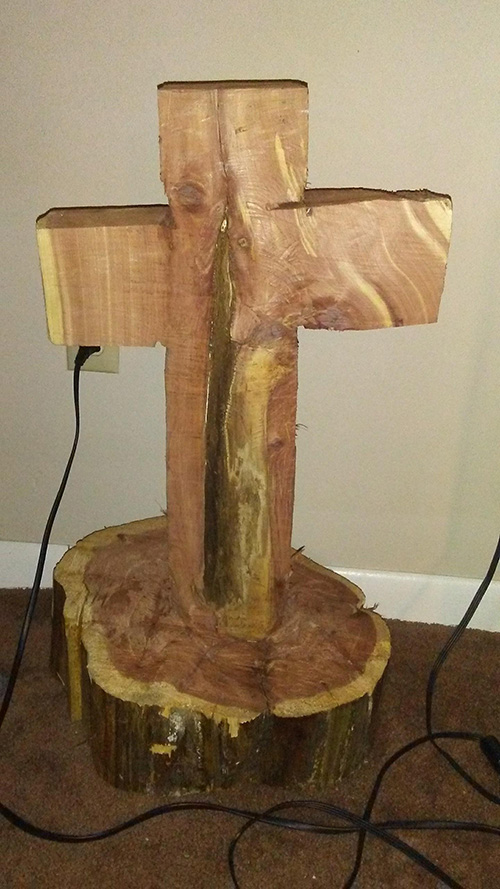 On the 1-year anniversary of his accident in October, Cornwell suffered.

“Oh my goodness, it was horrible,” he says. “I went crazy. I blocked myself off from everybody. I stayed in a closed room the whole day. It still gets me. My past still gets me.”

But he won’t dwell on that past. He knows he can’t.

He has started his own business making wooden crosses out of red cedar, “red for Jesus’s blood,” Cornwell says.

“This is the year I buy a house and get something started,” he says. “I plan on doing good things in my life. We have to believe in ourselves before we can do anything about it.”