Jill Eicher had only recently completed her fashion merchandising degree at Ball State University when she felt the pull. She wanted to do something more. She wanted to help others. So she enrolled in beauty school and got her esthetics license. She felt that providing facials and other skin treatments were ways to make her clients feel good about themselves.

But the pull continued – like the G force of a helicopter taking flight.  She didn’t realize it at the time, but Eicher was destined to become a nurse – a nurse who would care for the sickest of children transported by LifeLine.

“When I was a teen I was a little embarrassed that my friends would see my dad delivering pizza to their doorstep, but as an adult I couldn’t be more proud of his hard work and dedication to his family.” 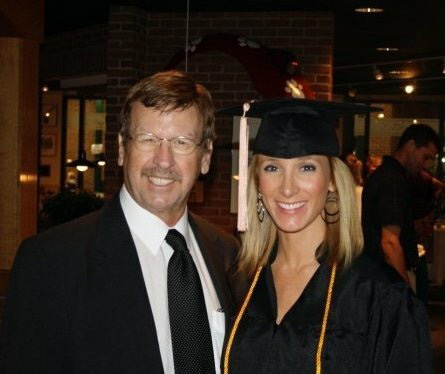 One of his favorite quotes was, ‘some one may be better at something than you are, but you never let anyone out work you.’ He was such a hard worker,” said Eicher, 38. The years of cheering for the home football team and performing in dance recitals didn’t go to waste either. An avid football fan, Eicher was on the Code Red pom squad at Ball State and landed a spot as a Colts cheerleader her sophomore year. She was on the Colts squad for four seasons.

As an esthetician, Eicher was invited to join Dr. Peter Kunz, a plastic surgeon, at IU Health North, for a procedure on a young child who had been bitten by a dog. That surgery changed her career course.

“I had just gotten pregnant with my first child, and I knew it would be tough, but I knew what I had to do,” said Eicher. “I had to go back to school and I had to become a nurse. With my other degrees, I just didn’t feel like I was doing what I really needed and wanted to do.”

Her daughter was two when Eicher completed her degree. She met her husband, Eric, a video producer/director while she was a student at Ball State. They have two children, Addison, 10, and Camden, 7, and recently celebrated 15 years of marriage. 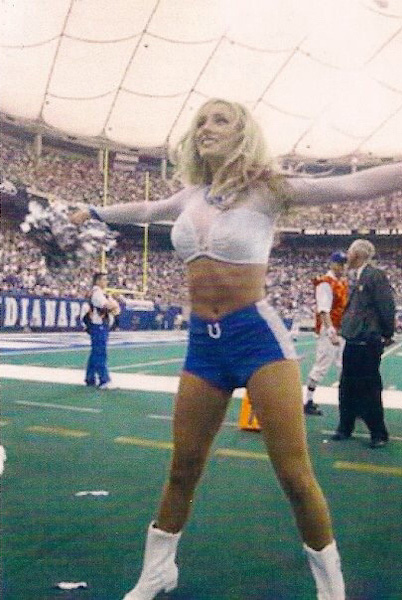 “Having a toddler and going to nursing school wasn’t easy but I had a great support system in my parents and my husband,” said Eicher. “I swore I’d never work with children, it’s too hard. My clinicals were in NICU and I cried almost the entire time. And when I was a Colts cheerleader we went to Riley to visit patients in the cancer unit and I was so emotional I had to sit in the hallway. Once I had my own kids, I just knew I couldn’t work with other kids. It was too close.”

But the pull took over. Right after she received her nursing degree in 2009, Eicher interviewed and was hired at Riley Hospital for Children at IU Health.

“To go from a nurse with no experience to being with the sickest kids was a big leap. I had a hard time at first and got nervous going into work, but it was where God wanted me. Being a parent helped me empathize with the families.”

Her dad, Dennis Jackson was so proud of Eicher’s accomplishments that his phone was programmed to show “Nurse Jill” when she called. She too, is glad her dad saw her achieve her dreams. He died of heart failure the day before he celebrated the 35th anniversary of marriage to his bride Kari Jackson. 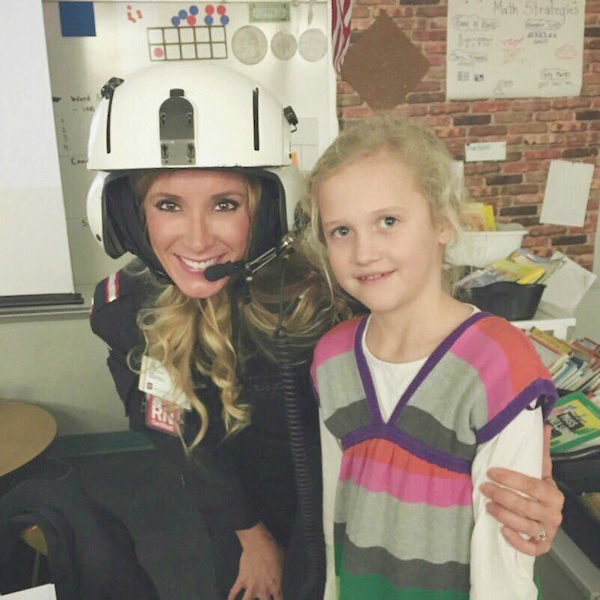 Four years ago, Eicher joined LifeLine transporting pediatric patients to and from hospitals throughout the state and even out-of-state.

So many faces come to her when Eicher thinks about her role working with sick children. She remains in contact with some families even after her work is done.

‘Yes, I still cry. Almost every day I think of the first funeral I went to of a patient. I think of that mom and wonder how she is coping and how different her life is,” said Eicher. “I also think about the amazing recoveries. People ask a lot about the flight part of my job but so much of what I do is going into small hospitals that aren’t equipped to handle the needs of these kids. We go in, stabilize them and then take them away from their parents – to Riley where they can get the best care. I always try to put myself in the parents’ shoes – how would I feel if this was my kid?”

Last year, Eicher started another new venture – a sort of stress reliever and a way to give back to others. 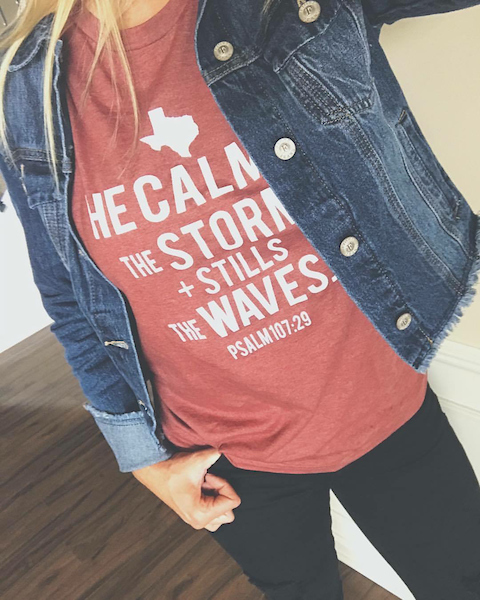 She opened an online boutique, “ShopGoldylox.com” a nickname she hears often from friends and family members. To date, she has more than 3,000 followers – many of them nursing friends and mothers looking for what Eicher calls “trendy, comfortable, and affordable clothing.”

She works 24-hour and 12-hour weekly shifts as a LifeLine nurse and unwinds by adding new apparel to her website.

“I tell my mom my first degree was not a complete waste, said Eicher, who started her clothing line by printing unique t-shirts. She recently raised funds for Texas residents – victims of Hurricane Harvey – through the sale of one of her t-shirts. She also helped a young woman who lost her home to a fire.

“I really feel like I’ve had a lot of good fortune and luck in life.  I came from great parents, grew up in a great town, got a great education, married a great guy and have awesome kids. This is a way to help others.”

Does she have any plans to design a stylish LifeLine flight suit?

“No way. There are a lot of regulations. They are made of fire-resistant material and it’s all about safety and function,” said Eicher. But there is one thing she still has her eye on:

“It’s out of habit – all those years cheering from the sidelines and sitting behind the Colts bench watching the action from the 40-yard-line with my dad. I still buy a lot of royal blue and white.”