Fantasy worlds come crashing together. Alice from Wonderland, Dorothy from Oz and Peter Pan from Neverland. Their lives collide in a place called Otherworld.

Hap is the main character of the book titled “The Empress of Otherworld,” a curious, husky, imperfect kid living with his 104-year-old quirky aunt. 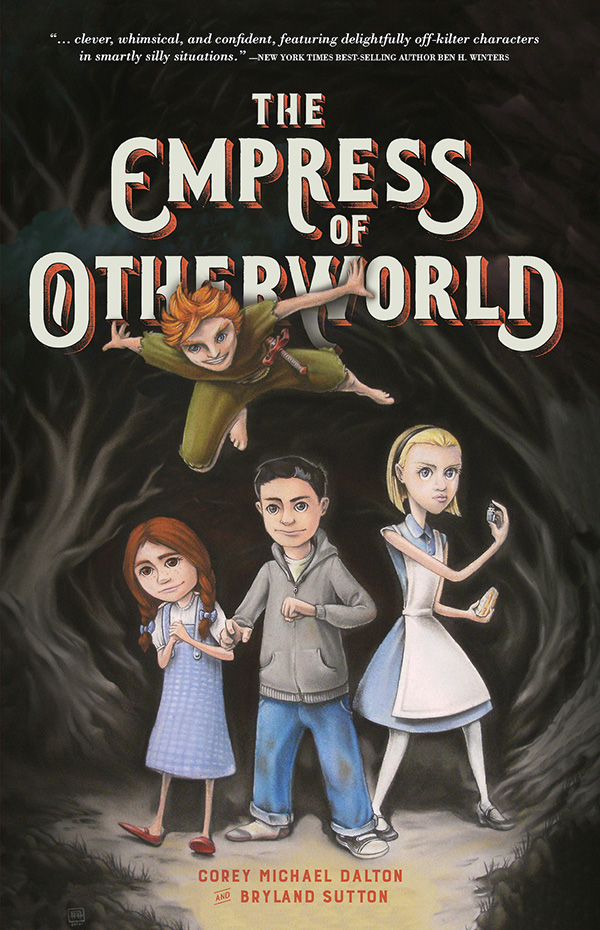 “We even drew in some Shakespeare,” says Bryland Sutton, co-author of the book and fitness coordinator for IU Health’s seven fitness centers. “We tried to draw in a lot of literature to make it encompass  the fantasy and magic that has been in books for hundreds of years.”

“The Empress of Otherworld” hits shelves on Halloween. And the book’s publisher is already talking sequel.

Could this be the world’s next Harry Potter?

“Of course, we would love to be J.K. Rowling,” says Sutton, whose co-author is Corey Michael Dalton, a childhood friend and full-time writer and editor. “To be able to wake up each day and write would be amazing.”

Writing is what feeds his soul. Sutton’s passion is books. It all started more than three decades ago in a tiny Indiana town.

The two met in kindergarten at Jackson Township Elementary School in Brazil, Ind. They became fast friends. Both Sutton and Dalton loved to read and both loved English.

Any time they could find to spend together, they did. They would finish their homework and then go off somewhere to take turns telling stories. By fourth grade, they were reading “The Lord of the Rings” and “The Hobbit.” 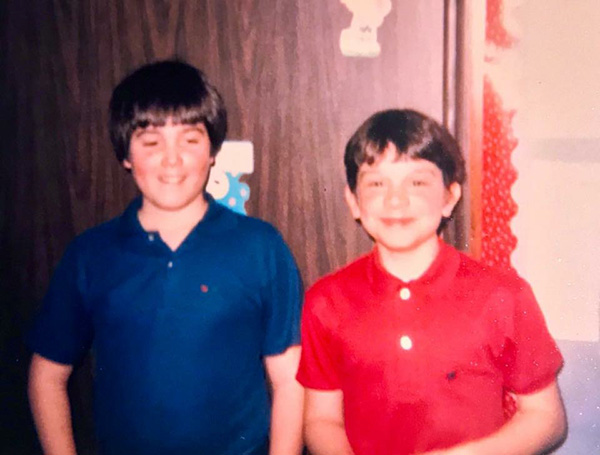 But then in sixth grade, the two came up with a monstrous idea. They should write a book together and try to get it published.

Both smiled. They really liked that idea. They talked about it over the years. They smiled.

But it wasn’t until years later that the idea came up again – seriously. Sutton and Dalton started hashing out the idea to bring together these fantasy worlds. In 2011, the writing began.

They would meet at Dalton’s house or at a little Italian restaurant. Dalton would write a few chapters then Sutton would take off from there writing a couple chapters. They would get together and tweak what the other had written.

In the end, they had a 224-page book, aimed at the middle grade reader, but already being snatched up by teenagers, young adults and beyond.

The book is on pre-order sale now on Amazon. It’s available in the Kindle version as well. But Tuesday is the big day when two friends see a childhood dream come true.

“Getting published is kind of a big deal and a really big deal for us,” Sutton says. “It’s like winning the lottery.”

Personal: He is married to wife, Kylee, and has two children, a 4-year-old son and a 2-year-old daughter. Kylee also works for IU Health.

What else have you written? “I’ve always written. I’ve had 12 or 15 children’s poems published in children’s magazines. I’ve always been interested, but you can’t really make a living publishing children’s poetry unless you are Shel Silverstein. I’ve just been publishing where I can and when I can.”

Is there fitness in the book? “I love fitness. It’s definitely a passion I have and helping other people achieve that. The only thing in the book that is fun about fitness is the little boy Hap is referred to as husky in the book. Corey and I can both relate to that. We were both kind of husky.”

Could the book be made into a movie? “We wrote it with the lofty expectations that it could be a movie. I think it would be great as a movie.”