How do you date with an ostomy bag? How do tell a potential spouse that you may not be able to have children? How do you explain multiple surgical scars?

Two high school friends – Shanea Brodhacker and Gwen Brack – know how life changes after a diagnosis. They know how illness can limit and even prohibit some activities typical to most young adults. They also know how to make the most of life as they know it – living with a serious illness such as cancer. 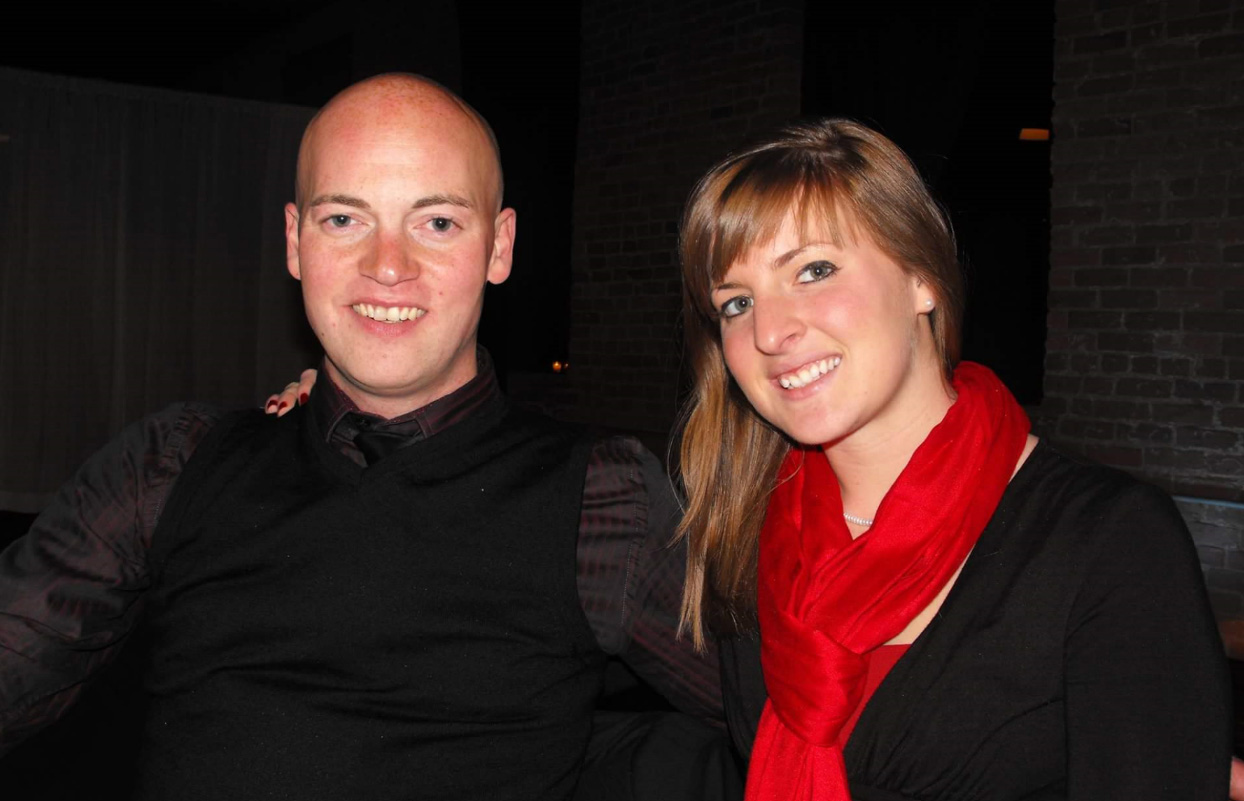 Broadhacker’s brother, Dax was 21 when he was diagnosed with Gastrointestinal Stromal Tumors (GIST), a rare form of cancer.  He spent his 20’s living with the disease while trying to navigate a “normal” young adult life.  Six years older than Shanea, Dax graduated from Indiana University with a double major, pursued his career and continued to live life to the fullest while fighting cancer. He passed three days before his 31st birthday.

Shanea met Brack – both 30 – when they were students at Martinsville High School.  Back too was 21, and a junior at DePauw University when she was diagnosed with stage IV rectal cancer. Now in remission, Brack remembers Dax’s struggle and his will to fight for 10 years.

So when Broadhacker approached her friend with an idea to honor her brother’s memory, Brack was on board. Out of that friendship was born – Dax’s Dream Fund, an effort to cultivate big and small joys for young adults living with cancer.

“We have experienced both the best and worst times of our lives together, and that isn’t something you can say about many people,” said Brack.  “I held Shanea at her brother’s funeral, and Shanea held me when I found out I had cancer. And we’ve held each other on the edge of a sailboat, on the Mediterranean Sea, with the most incredible sunshine in the background, as we laughed and smiled endlessly, counting our blessings – each other.”

The two friends recently kicked off Dax’s Dream Fund by meeting with social workers and delivering goodie bags to IU Health Simon Cancer Center along with surveys for patients ages 18-35.

Two fundraisers –“Dax-a-paloozas” – have created a start up fund for the effort, supporting specific patient requests.

“We’re trying to hit a patient demographic that is often overlooked,” said Brack, who has been through chemotherapy, radiation and multiple surgeries.

“This group of people are going in to such a transitional point in their lives and then they have the disease and the hospital thing put on them. So, if concert tickets bring small joys then, we want to get them concert tickets. For others, that joy may be going to a Colts game, or having someone sit with them through infusion, or bringing them a bowl of soup or talking to them to them about anything but their health.”

“The illness adds a new dimension to that stage of life,” said Broadhacker. “It’s difficult to talk about the illness and symptoms related to the illness with just anyone. Our hope is to create socials where people can foster friendships with others who understand, relate and laugh over dinner or coffee.

To generate interest, the two have created a Facebook page “Dax’s Dream Fund.” A bumble bee is their symbol for making dreams come true, accompanied by a quote from A.S. Waldrop: “According to the laws of aerodynamics, the bumble bee cannot fly; its body is too heavy for its wings, and that is the simple reason why. But the bumblebee doesn’t know this fact, and so it flies anyway for all to see. Remember this when you’re losing faith or hope . . . God’s proof that the impossible can be.”