Most days, 13-year-old Austin puts in his ear buds, cranks up the volume and ventures out onto those two acres.

The neighbors will look out their windows in amazement. Lap after lap after lap, that boy is running. They will tell Austin’s mom, Shelley, that her son is something else.

The truth is, Shelley already knows that. She knew it the day her tiny son burst into the world two months early, born at IU Health University Hospital weighing barely 3 pounds. Doctors were sure little Austin would have lingering issues. 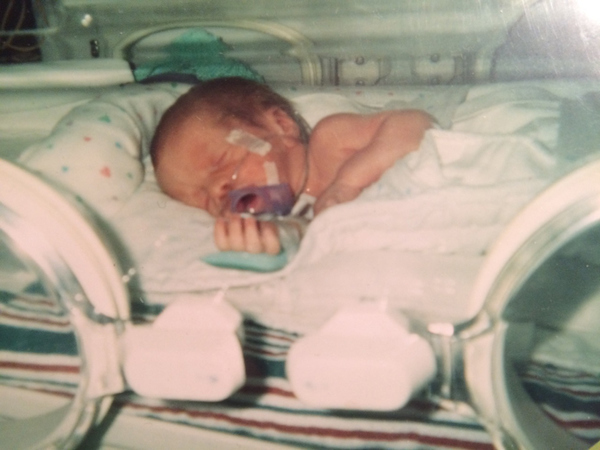 No vision problems. No glasses. No hearing problems. Austin does well in school. Shelley marvels at the miracle preemie she was blessed with. And so do those around her.

“Everybody says, ‘I can’t believe he was that little and hasn’t had any problems,’” Shelley says.

But Austin does have something. He has that gift. That incredible gift of running.

It was first grade when people started noticing that gift. Austin went to Lowell Elementary and joined a running club for fun. He stayed after school to run once a week.

“His gym teacher was like, ‘You’re really, really good. You need to stick with running,’” Shelley says.

Austin did stick with running. At 8 years old, he competed in his first 5K and ran it in 24 minutes.

“We just kept working with him and keeping him running,” says Shelley, who is married to Ryan Sheets. “And he just kept getting lower and lower (times).”

The medals and trophies started piling up. Austin has 43 medals and 33 trophies and a book filled with ribbons. His 5K time is now about 19 minutes.

He’s the No. 1 runner on his Little Flower Catholic School cross country team. This past summer, he was invited by the Scecina Memorial High School team to work out.

He got up every morning at 6 a.m. all summer. No one had to prod him. He set his own alarm. 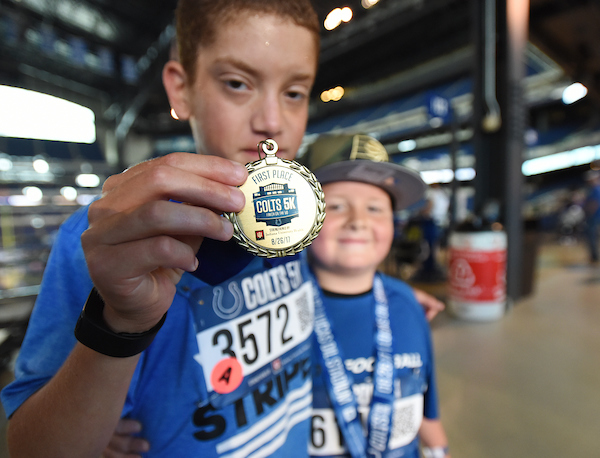 Coach Egan says the only issue he has with Austin is trying to get him to not run too much. Austin loves the sport that much.

“He just loves to race and run and compete,” Egan says. “He really does.”

Austin, an older brother to Raiden, 8, and Ryatt, 3, says he does love to run. He admits the sport can be grueling. He admits, sometimes, it’s tough to make his burning legs keep going.

“But, I just have to think about the people that can’t do it,” says Austin, whose dream is to run at the University of Oregon. “And you have to do it for them.”

Austin is talking about his grandpa, who recently died. He runs for him.

“When the hard work pays off, it’s good,” says Austin. And it has paid off.

He’s in USATF Junior Olympics. Last year, he finished seventh overall for his age group out of 120 boys. Ask Austin what he wants to do when he grows up, he says, “Go to the Olympics.”

It’s not such a far-reaching dream considering the odds Austin has overcome.

It was April of 2004 when Shelley went to the doctor for a routine checkup. As she was about to leave, she decided to tell her doctor something that had been bothering her. Shelley didn’t feel the baby moving. 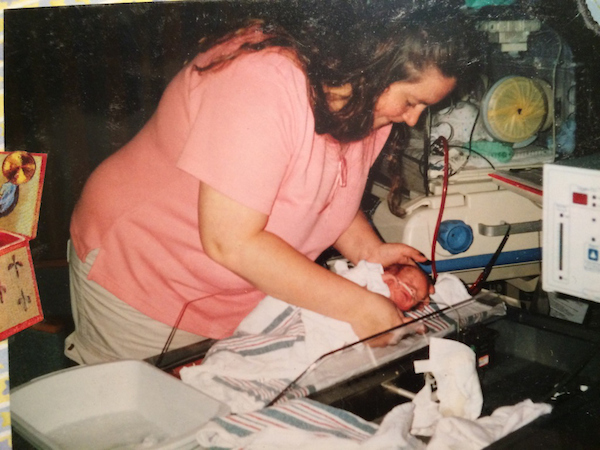 The doctor performed an ultrasound, then the whispers started. They told Shelley to go to another room and they would be back to talk to her.

It wasn’t good. The water around Austin was leaking. Doctors wanted her close to Riley Hospital for Children at IU Health. They sent her by ambulance to University Hospital.

It was a whirlwind. Before Shelley knew it, she was in surgery having an emergency C-section. Austin was born April 8, 2004, at 32 weeks, weighing 3.1 pounds and 17 inches long.

He went home with that gift. In Shelley’s mind, Austin is a miracle.

“I told him, ‘You have this gift and whatever you want to do with it is up to you,’” Shelley says. “‘I can’t go out there and run for you. I can cheer you on. I can tell you good job. But this is your gift.’”