Scott Hilliard walks through the emergency department with a walk of efficiency. Quick, brisk and with a purpose.

In a way, it’s almost like a celebrity is making his way through the unit. A nurse jumps in the air with a smile and a wave to grab his attention. A paramedic slaps Hilliard on the back, trying his best to steal a few moments with him. A little quip from Hilliard sends a visitor into hysterical laughter.

Hilliard is, without a doubt, a force. He is a phenomenal force at IU Health Methodist Hospital. As manager of clinical operations for the department, he oversees about half of the 250 employees – including RNs, EMTs, paramedics, patient care associates and unit secretaries.

Those who work with him or for him call Hilliard a “ray of light,” a “compassionate leader” and “a perfect balance of no nonsense and nonsense.”

Merge all those descriptions together and that is, most certainly, Hilliard. 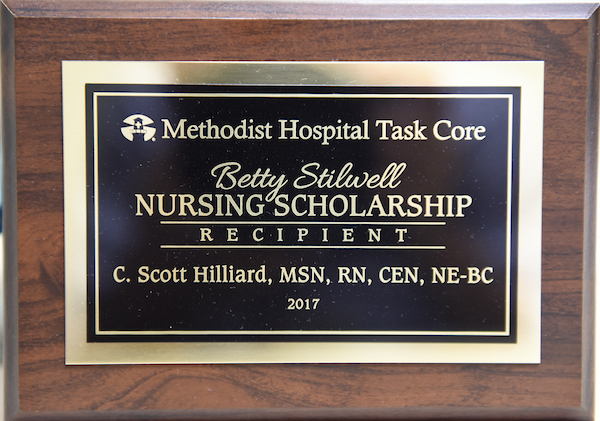 He started as a staff nurse at Methodist 12 years ago when he walked blindly into the recruiting office after landing in Indianapolis. He worked his way up to shift coordinator and then clinical manager. He will graduate in May with a doctor of nursing practice.

He is devoted beyond measure to the patients, employees and families at Methodist. They are, in his mind, truly his family.

“I was destined,” Hilliard says with a smile, “to marry the hospital.”

The little Kentucky town Hilliard grew up in was called Beaver Dam. He was raised an only child on a farm – with chickens, cows, grain, tobacco, soybeans, hay and corn.

It was a working farm. And Hilliard worked it.

But that isn’t what lit the fire in his soul. Not farming. Even as a young teenager, it was the medical world that pulled at his heart.

Hilliard’s mom was an emergency department nurse and she would take Hilliard with her to the hospital for her 12-hour shifts. 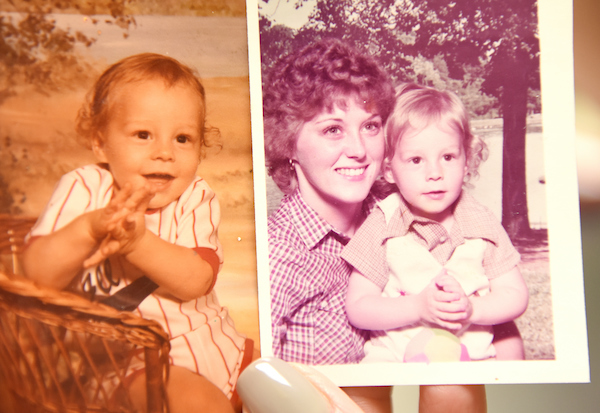 He would shadow nurses and he fell in love with the fast-paced, organized chaos.

“That’s where my passion for the ED came,” he says. “It was so crazy. I’d never heard of some of the things that I saw as a teenager.”

After graduating high school, he thought for a bit about going to medical school, but settled on nursing instead. He earned his bachelor’s degree in nursing from the University of Louisville in 2002.

For the next three years, he moved around the country with his spouse, Eugene, who works in the hotel industry. They went from Louisville to Dallas to Detroit to Lake Tahoe and back to Dallas.

In 2005, the couple landed in Indianapolis for Eugene’s hotel job. And it was then Hilliard decided it was his turn. He wanted to go back to school for a master’s degree. He wanted to find a hospital he could call his home.

“I wanted some roots,” Hilliard says.

He was at the Indianapolis hotel with Eugene when Hilliard decided on a whim to try that hospital downtown called Methodist. Hilliard had interviewed at other hospitals, but “didn’t feel it.” 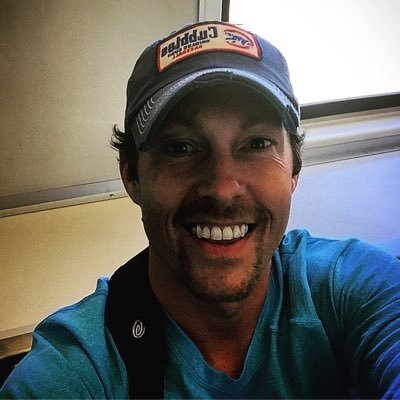 “I walked across the street to the recruitment office and said, ‘I’ve been an ED nurse for three years and I need a job,’” Hilliard says. “‘I’ll take anything. I just need a job.’”

There just so happened to be an opening at noon with the head of the ED at the time, Deb Fabert. The woman in recruitment took Hilliard to the cafeteria for some lunch, which he couldn’t eat because he was a nervous wreck. Then at noon, she took him in for his interview with Fabert.

“Deb and I just hit it off right there and she offered me a spot that day,” Hilliard says. It was a day shift job in emergency at Methodist. His roots were beginning to take hold.

And Hilliard kept his promise to himself, to always strive for more. In 2008, when a new shift coordinator position opened up, he applied and got the job.

In 2009, he went back for his master’s degree in administration and graduated with that in 2012. And in 2011, he took the job as clinical manger, which he shares with Aaron Wilson, also a clinical manager overseeing the other half of those 250 employees.

Each day, Hilliard is thankful. And he’s humble. That’s what makes him such a force.

When he graduates with that doctorate, he will technically be Dr. Hilliard. But ask him what he will call himself?

How do you describe your job? “Having the daily oversight of operations of the ED, whether it’s personnel, finance, staffing or the day-to-day working management of it. Throughput is a huge component of the work, to make sure patients are moving through the ED in a timely manner because that’s what patients want. They want to come in, they want to see a doctor and they want to move on, whether that means going home or to admission upstairs.”

What it takes to work in the ED: “Our staff has to be ready for anything at any time. We can have chest pain or a heart attack or a stroke all right next to each other. You have to know a little bit about everything. We have high expectations of our staff. These folks take on the world and care for people at the most sensitive time of their lives.”

Outside of Methodist: Hilliard is active. He starts each day at 4 a.m., going to the gym to run and lift weights. He often walks to work from his downtown home. He and Eugene are the proud parents to two dogs, 7-year-old Oscar, a Westie, and 4-year-old Porter, an Airedale.