The recruiters were calling. They wanted Brett Walker to play basketball for them.

But his visits to the different colleges throughout the United States didn’t stand out. They were all the same.

Walker will never forget the way he was treated at Tabor College in Kansas. They welcomed him. They remembered his favorite kind of cookie. Players called him to joke and talk ball.

He felt like he belonged at Tabor – on his first visit. So, it was a no brainer to him. Walker chose Tabor.

“They made me feel most welcome,” says Walker, director of physician and advanced provider recruitment at IU Health. “They listened to me. They got to know me and my needs.”

That is the exact same credo Walker has used for the past 16 years as he’s helped attract more than 1,600 of the nation’s best doctors to IU Health.

Since 2001, Walker has grown his team to 11 other recruiters, all charged with selling the medical scene in the Midwest to surgeons and specialists all over the world.

And his team is having remarkable success.

Just this year, they have helped recruit 335 providers to IU Health — 166 physicians and 169 advanced providers.

“I have been so blessed to have such a talented recruitment team,” Walker says. “I am where I am today because of them. They are nothing short of amazing.”

And the team has found a way to do that job not only effectively but efficiently. Nationally, it takes an average of six different candidates doing site visits and interviews before a physician hire is made.

IU Health is outpacing the industry average. For every four physician interviews, one is hired.

Of course, it’s not an easy job. There are heartbreaking moments –when that highly specialized doctor who seems ready to say yes backs out at the last second. 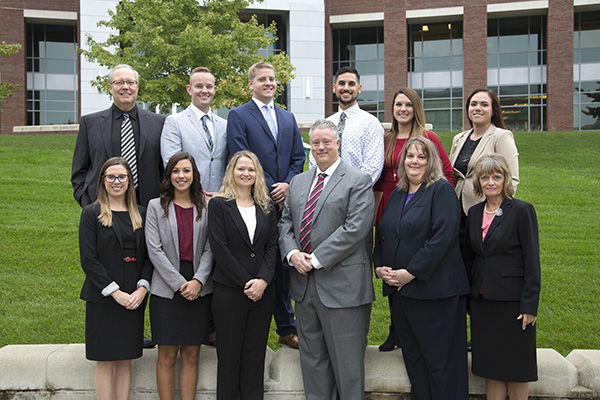 There are times when the top candidate is lured away by a state with beaches or mountains.

But that’s OK. One of Walker’s favorite quotes is: “Never stop recruiting until the ink is dry on the contract.”

Perseverance is a must. It takes an average of six months to recruit a physician; three months for advanced providers. There is a lot that goes into getting a physician to sign that dotted line.

“The No. 1 quality it takes to be a physician recruiter is confidence,” Walker says. “You have to be tough and willing to take risks. It’s as simple as that.”

When it comes right down to it, recruitment isn’t all that complicated, Walker says. In most cases, it’s about how you make the candidate feel – and about listening.

Walker tells his recruiters never to assume that every surgeon – just because of income — wants a fancy house on the water.

Walker learned that lesson years ago. He was recruiting a highly sought after orthopedic surgeon. He was going above and beyond, focused on making everything perfect.

“Finally, he stopped me on the phone and said, ‘Brett, I’m a simple guy. I’m a single guy,’” Walker says. “‘I can tell you the two things that are important to me. I need to have a gym and a Blockbuster video in between where I work and where I live.’” 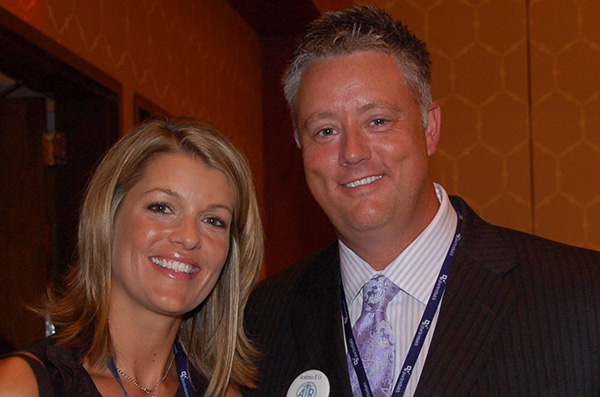 Walker promptly went to a Blockbuster and got a map of all the stores in the Indianapolis area, along with a $10 gift card. He did the same at all the gyms in the area.

He then sent a package overnight to that surgeon with a handwritten note. The next day, Walker received an email.

“Brett, I’m coming to Indianapolis,” the surgeon wrote to him. “You’re the first recruiter who would ever listen to my needs.”

Each and every recruit has their own wants. They may have a ranch and need 20 horses relocated to Indiana. Walker has seen that. They may want to bring their spouse into the system with them.

“Be open to everything,” he says. “And don’t assume anything.”

He was a star player. Walker’s dad was a schoolteacher and his mom worked as a proofreader for magazines.

In the summers, Walker worked at a children’s home, counseling troubled youth. He really liked that.

So at Tabor, Walker majored in psychology. It’s been a key part of what’s made him successful in recruiting. He can read body language and eye contact. He can talk recruits through their worries.

But Walker didn’t intend to use his psychology for recruiting. He got into that career by accident after working as a social worker at a hospital.

While at that hospital, a position for an assistant physician recruiter opened and doctors at the hospital told Walker he should apply. He would be perfect for the job.

He was. Walker was so good at it that the booming IT industry lured him away.

“That’s where I really learned the business of recruitment,” Walker says. “It’s a numbers game.”

Walker came on board in 2001. Throughout the years, many people have had misconceptions about his recruiting career.

They think it’s going out to dinners, playing golf, having meetings in fancy hotel lobbies. That couldn’t be further from the truth.

“We are in the trenches,” Walker says. “We are on the computer and phone all day long. It’s about sales follow up, email blasts, marketing and job boards.”

But he wouldn’t have it any other way, especially when he sits back and thinks about exactly what his job means. 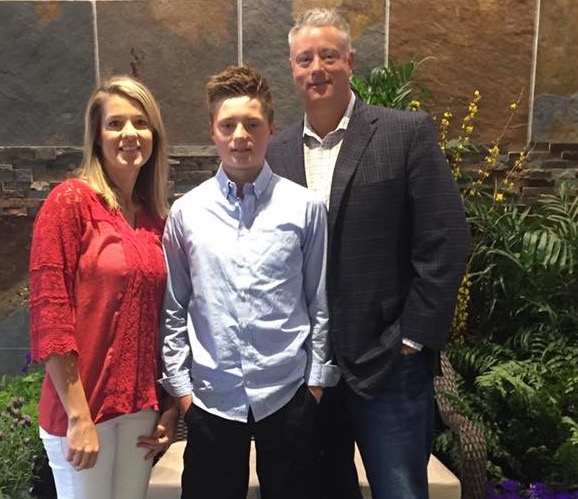 Personal: He is married to Elaine. The couple lives in McCordsville and has a son, Drew, a freshman in high school. They also have two dogs, Digs and Daisy.

Industry: Walker is past president, in 2009 and 2010, of the Association of Staff Physician Recruiters, a national professional organization that consists of more than 1,600 physician and provider recruitment professionals from the United States and Canada.

Outside of IU Health: He is an avid fan of the Chicago Bears, Kansas Jayhawks and New Mexico Lobos. He enjoys watching his son play basketball and traveling and vacationing with family.

Challenges of recruiting: “As a team of professional recruiters, we have to overcome that stigma of living in the Midwest. Honestly, when people think of Indiana they have mental pictures of the movie ‘Hoosiers’ with miles of cornfields and broken down basketball hoops in the driveways.  We have candidates all the time who will tell us after spending two days on an interview, ‘Wow, I have been in town for two full days and have not yet seen a cornfield.’ The perception of candidates is quickly changed after they interview.”

You have to have thick skin. You can’t take rejections personally.”

Physicians on the frontline: “Where we find our biggest success is with what we call our recruitment champions.” Those are physicians who go to dinners with candidates, who answer their questions about IU Health. “These are people who love recruitment, get recruitment and work really well with my team. We have to realize these candidates don’t really want to talk to us. They want to talk to other physicians.”

Help me, help you.
Sign on the line that is dotted.
We are only as good as our last recruit.
Close to the action, far from the crowd.
Good people, good medicine.
Hoosier hospitality is real.
Enjoy the four seasons.
Easy commute times.
Low property taxes.
We are the recruiters of revenue generators.
Snooze you lose.
What will it take to get you to YES?