It was last Saturday morning, a bright and sunny day. I was pumping gas when I looked through the back seat window and saw my sons’ basketball bags sprawled amid loose gum wrappers. And a 24-pack of water bottles spread out in disarray.

I pushed auto click on the gas nozzle, grabbed the backseat intruders and headed to put them in the trunk.

As I stepped over the gas hose, my foot got caught, I tripped and I crashed face forward to the cement. I went down with a loud, blood-curdling screech. People came rushing over. 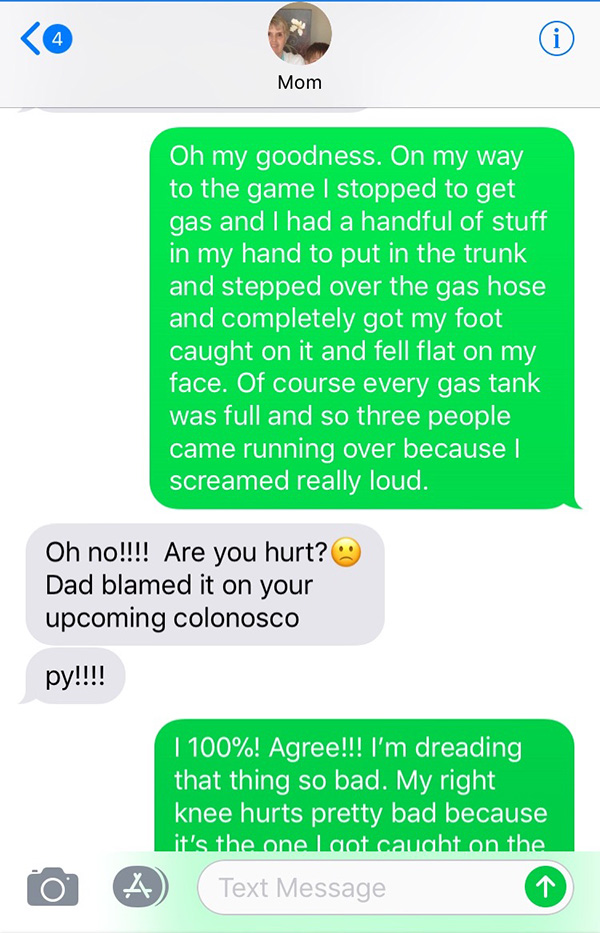 I’m fine. The gas hose is fine. The water bottles and gym bags are fine. The people looked embarrassed for me as I gathered myself up and tried to feign cool.

Once in the car, I texted my mom to tell her what had happened, which she relayed to my dad. And he had an enlightening theory as to what prompted my fall.

It was scheduled for Wednesday. I was nervous and dreading it. Perhaps that had turned me into a nervous klutz.

But then, my mind started swirling, doing a lot of statistics involving the number two. What are the odds?

What are the odds that five days before my first colonoscopy, I had a terrible incident involving gas? An encounter with a hose that looked uncannily like what I imagined would be probing my lower innards.

Yes. This surely had to be a sign of what was to come.

That’s what happens, I’ve found, with people who are getting colonoscopies. The myths and the conspiracy theories and the superstitions start floating around in their minds.

I’d heard plenty of them, because I had talked to a lot of people before deciding to get this procedure. 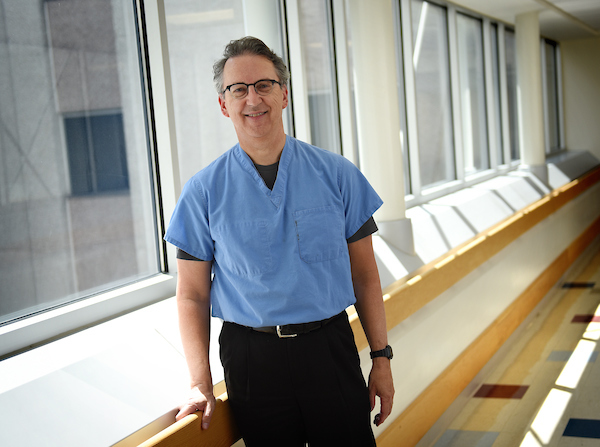 With a first-degree relative, the starting age for colonoscopy is 10 years before the diagnosis or 40 years of age, whichever comes earliest. For me, it should have been at 40. Yes. I’m three years late.

IU Health gastroenterologist Douglas Rex, M.D., is a gem of a man. He was my dad’s doctor. He gently prodded me to go ahead and do it.

It’s worth it. It saves lives. The colonoscopy – and Dr. Rex – most certainly saved my dad’s life.

But it doesn’t make the decision to forge ahead with such a disagreeable procedure any easier. I’d heard horror stories about the prep. I heard people say, “Just plan to feel like you’re not even alive the day before.” I heard people say it was living hell.

And then there was the old standby I heard dozens of times: “Once you get through the prep, it’s a breeze.”

My prep was a traditional one, laxatives, magnesium citrate, Gatorade and more laxatives all the day before – while eating only a clear liquid diet. 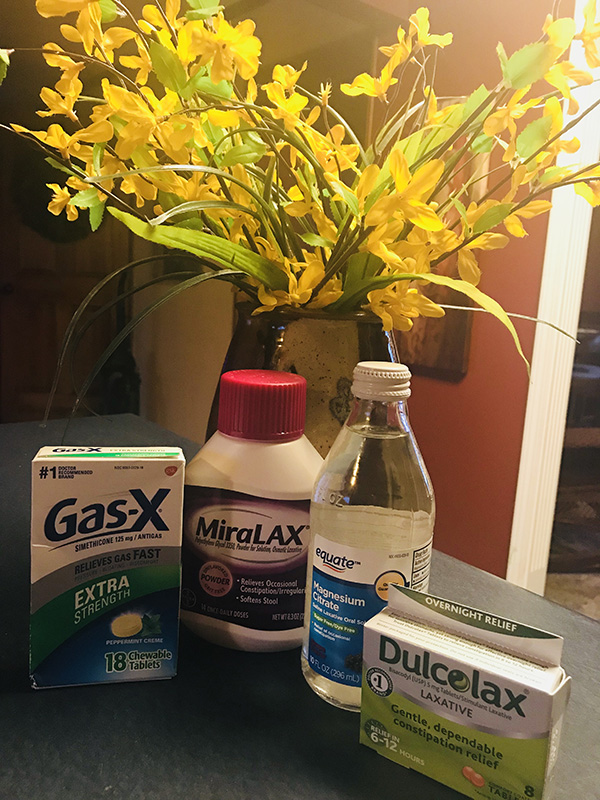 All last week, those prep tools sat staring at me, taunting me from the kitchen island. They hid underneath a vase of sunny, yellow flowers, ironic, because they were the enemies.

It turns out, they weren’t.

(I am not just saying this because I’m writing for a healthcare system. I promised myself this would be an honest recap of the procedure no matter what.)

The prep, my future colonoscopy friends, was not that bad.

I won’t get into the details – though if you like bathroom humor like my three boys do – you’ll have to call me. They thought I was a rock star.

In the colonoscopy report, Dr. Rex even wrote that I was all clear.

The procedure itself went just as smoothly. Dr. Rex welcomed me the next morning. I was wheeled to the procedure room. I woke up in the recovery room and Dr. Rex was beside my bed telling me he found nothing.

No polyps. No cancer.

But come back in five years, he said smiling, with the family history and all. A typical clear colonoscopy yields a 10-year wait.

I was grateful and happy that I’d forged ahead and done it. The dread of a colonoscopy seems to be the worst part, the unknown. The reality is the next colonoscopy won’t scare me at all.