A couple of years ago, Caleb Ginn, was living at home with his parents, brother and sister; playing video games; sleeping, hanging out with friends and occasionally holding down a job. Now, the 23-year-old is employed by a 360-bed healthcare facility focused on exemplary patient care.

“This is a full 180-degree change for me and my family,” said Ginn, a graduate of Hamilton Southeastern High School. “Getting hired at the hospital gave me confidence and assurance that I could be successful.” 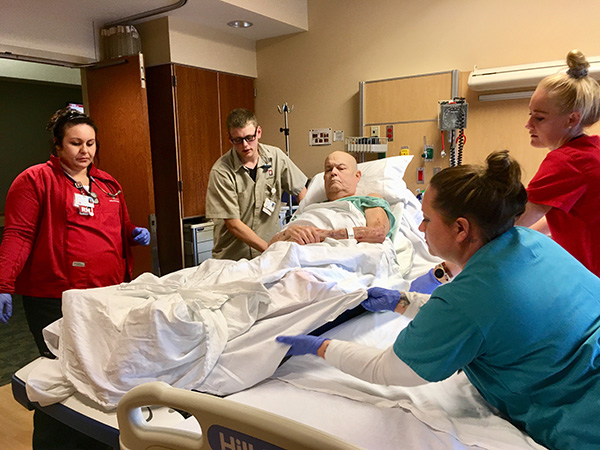 Ginn, who is diagnosed with a form of autism, completed a workforce program through the Erskine Green Training Institute. The program, developed by The Arc of Indiana Foundation, provides opportunities for postsecondary vocational training for people with disabilities. During the three-month training, students receive both classroom and on-the-job training in food service, hospitality and healthcare support. There is no promise that a student will be hired at a company after completing training, but in Ginn’s case, there was a hospital position open, he applied and was hired to work as a patient transport. Other graduates of the training program have been hired at IU Health’s Riley Hospital for Children and IU Health North.

Students can be trained in nine different jobs, said Sarah Lambert, an instructor who has been with the Erskine Green program since it started in 2015. 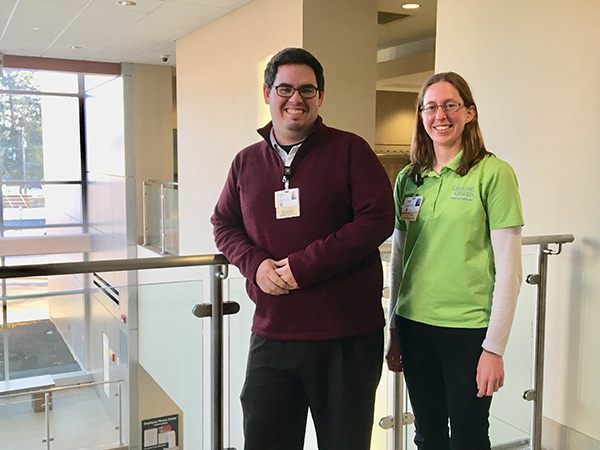 “They come in and are interviewed for a job, actually perform some of the tasks and are accessed on their performance before they are placed in an internship,” said Lambert. Students come from throughout Indiana and even out of state to take part in the Erskine Green Institute, said Fenway Park, a student support specialist. “We’ve even had interest from as far away as California.”

Ginn drove from Fishers to complete his training. Some students live at the Courtyard Muncie at Horizon Convention Center Hotel – similar to a college dorm – and are matched with a mentor that helps students choose free time options outside of their learning time.

Becoming an IU Health employee has been an added boost for Ginn. 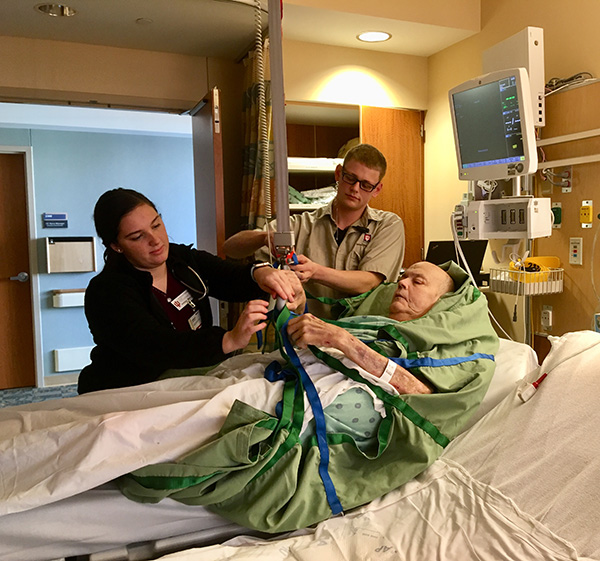 “I knew I could do it but this gives me an opportunity to show that I can do it,” said Ginn. “I had a basic understanding of the skills needed for the job and becoming an employee makes me feel more marketable.”

As he assists nurses with moving patient John Cristman from one room to another, Ginn works as a team member – gently lifting his patient, assuring he is comfortable, and transporting him down the hospital hall.

“Even though I’m with them a short time, the best part of my job is interacting with the patients,” said Ginn, who recently moved into his own home and is saving money for a car.  “It may take some people a little longer but I’m living on my own and I’m getting there,” said Ginn.

And what about a career in healthcare?

“I have dreams of going on to become a radiology tech,” said Ginn. “We’ll see. First things, first.”