When Jeff Pearson first joined the LifeLine flight crew coworkers were anxious for him to get acquainted with a certain respiratory therapist. That therapist, named Kellie, also remembers coworkers urging her to meet Jeff. 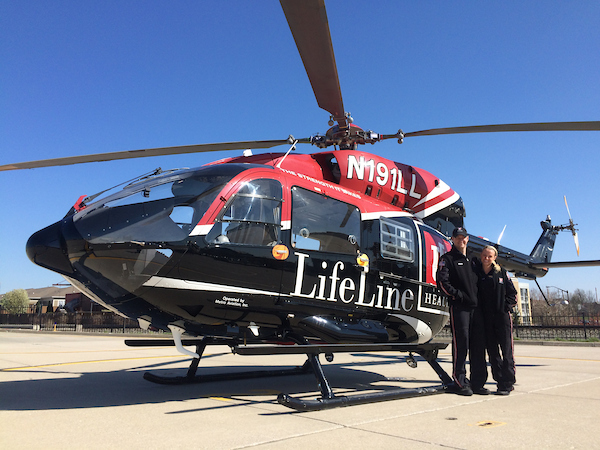 Eventually, they joined their work friends for a night out to an Indians game and the friendship took off from there.

“We cautiously tiptoed toward our first date,” said Jeff, 37.  He popped the question in April 2016 and they were married last March.

Jeff grew up in Frankfort and studied aviation technology at Purdue before joining the Army for 10 years. As a helicopter pilot he completed two tours of duty – one in Iraq and one in Afghanistan. Also a fixed wing pilot, he enjoys flying in his off time from work.

“I grew up with a fascination with flying. My grandparents were in the service so it made sense to fly and serve,” said Jeff. “That’s why I continued with LifeLine – it was a chance to continue flying and serving. I absolutely love this job. I like the flexibility, the people, and the mission.”

Kellie grew up in Greenwood. Babysitting jobs when she was in seventh grade fostered her love for children. After graduating from Center Grove High School she attended Indiana State University for a year and returned to Indianapolis to complete her degree in respiratory therapy.

“I’ve always loved children and knew I wanted to work with them,” said Kellie, 34. Immediately after graduation, she joined the staff at IU Health Methodist Hospital in Pediatric ICU where she remained for five years. Seven years ago she joined the LifeLine team.

“I like the clinicians I work with and I like the challenge because we work with less resources than in the hospital,” said Kellie. She also likes to hear the follow up “good news” about patients she helps stabilize and transport. “I love learning that a patient who was very serious has been discharged from Riley.” 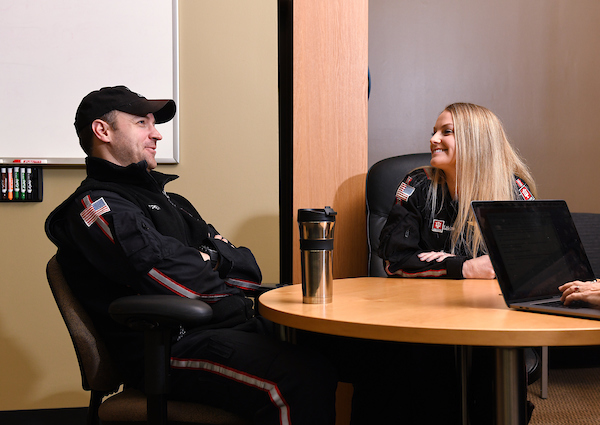 As newlyweds, the pair made a pact that they would avoid working on the same crew. Kellie is based in Indianapolis and Jeff flies out of Lafayette where he is pursuing a master’s degree in aviation management from Purdue.

“We talk a little about work but we try to limit it at home,” said Kellie. “There’s definitely more to our relationship than our jobs.”

When they aren’t at work, the couple spends time trying new restaurants, participating in outdoors activities, traveling, and practicing sports with Jeff’s three daughters, ages 8, 10 and 13.

“We’re both committed to our church, our families and each other,” said Jeff. “When I met Kellie it was a no brainer. She’s gorgeous, a true professional and is just an all-around great person.”