The mailbox. It’s the first thing visitors see when they approach the newlywed’s single-story brick home. Their names are printed on the box “Don and Krystal Smith.” 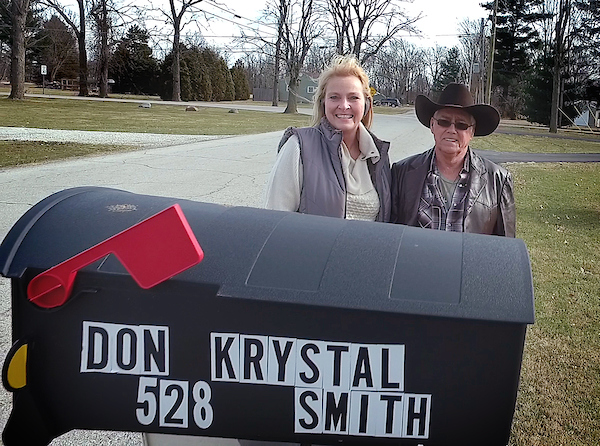 For those driving down the Kokomo side street, the mailbox is nothing out of the ordinary. But for those who know the tale of the Smiths it’s a sentimental symbol of a love story that began not in the heart – but in the lungs.

Don Smith grew up in the Delphi and Camden areas where his boyhood was filled with hours rebuilding classic cars. He was the youngest of four and after high school he left home to serve in the Army stationed in Fairbanks, AK. When he returned to Indiana, he worked as a construction superintendent, ran a welding shop and continued to pursue his passion of restoring antique cars.

Krystal Shaffer grew up in Peru, also the youngest. She liked hanging out with her brothers and playing fast-pitch softball. She also liked spending time with her Aunt who owns a bridal shop in Kokomo and taught Krystal the art of crocheting. She graduated from Peru High School and pursued a career in advertising.

They were living worlds apart.

But about five years ago, that all started to change. Don had been battling some sickness and was diagnosed as Chronic Obstructive Pulmonary Disease (COPD), an inflammatory disease that can obstruct the airways to the lungs. On September 15, 2013 – his birthday – he was put on oxygen and two years later, under the care of IU Health Doctors David Roe and Thomas Wozniak, Don began preparations for a lung transplant.

About the same time, Krystal was also battling serious health issues. In August of 2013, she was admitted to the hospital so weak she couldn’t walk. She too was put on oxygen. At one point she said she was up to 37 liters and still could barely breath. Her list of conditions, which were triggered by an environmental infection, included BOOP (a form of non-infectious pneumonia), Bronchiectasis (a chronic infection in the walls of the bronchi) pulmonary edema (an accumulation of fluid that can lead to respiratory failure), and COPD. Doctors determined she was a good candidate for a lung transplant. 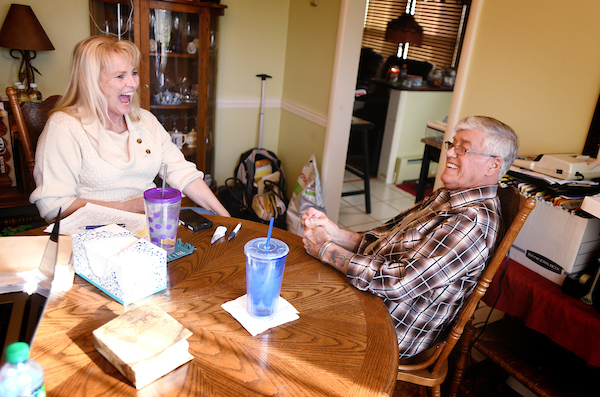 Suddenly their paths began to cross. They first met as friends when they were both in pulmonary rehab – working toward their transplants.

At the time, Krystal the mother of two girls had been single for 18 years. Don, the father of four, was married to his wife Janet. Their friendship was focused on their health.

“I was so sick, all I could think about was catching my next breath,” said Krystal. “Janet was there during those tough times. She was encouraging us both.”

Twelve months passed and on Christmas Eve 2015, Don’s wife of 43 years died. He remembers when she was in the final stages of her battle. The esophagus cancer had spread to her lungs. She knew she wouldn’t be around much longer and started talking to Don about who she could fix him up with. She didn’t want him to be alone.

“After my transplant I was feeling isolated, like I needed to talk to someone who could really understand what I was going through. Don was that person,” said Krystal. Unexpectedly, the friendship grew into something that looked more like a lifetime companionship. 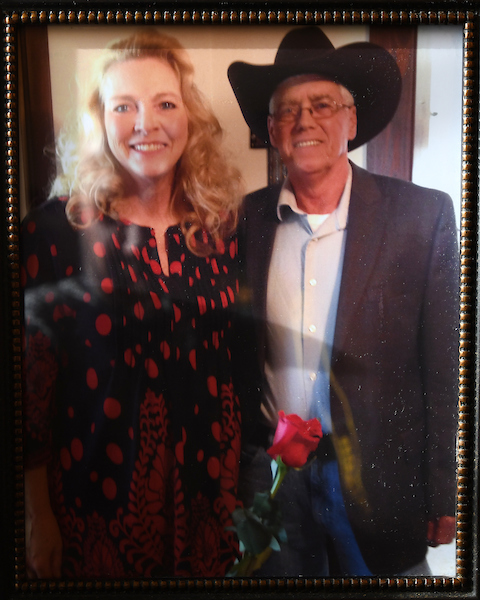 “After my wife died, my sister kept telling me to go to new churches where I might meet someone. I said ‘I’m too old to chase women. If the good Lord wants me to find another wife, he’ll put one in front of me,’” said Don. It turns out his future wife was Krystal, a woman who shares his faith and his journey through life after transplant.

A framed picture in their Kokomo home shows a smiling Krystal wearing a red and black dress with Don at her side, wearing one of his favorite cowboy hats. Krystal is holding a red rose. The photo was taken on their first date in the September of 2016. Don showed up with a rose and said he hoped the rest of the bouquet of a dozen would be distributed on future dates.

Two months later they were standing in the parking lot after attending a Veteran’s Day program at Don’s granddaughter’s school when Don told Krystal exactly how he felt about their future.

“We talked about where the relationship was going and I said I’d like us to be celebrating an anniversary in the next year,” said Don. They were engaged Dec. 12, 2016 in the same pulmonary rehab facility where they first met. They were married six months later on June 2, 2017. 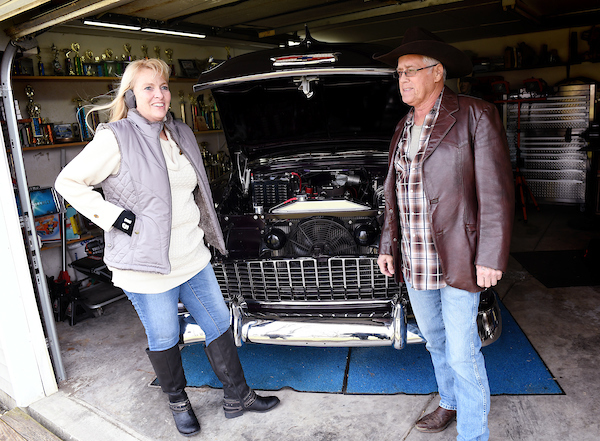 In their Kokomo home, Krystal continues to crotchet blankets and Don putters around with his classic cars – his favorite a the1955 Black Rose Chevy. Their nest is filled with Krystal’s telephone collection and her husband’s John Wayne memorabilia. They are taking their time remodeling the home, just as they took time to rebuild their health. They schedule their follow-up doctor appointments together at Methodist Hospital where the nurses first recognize them by the sound of Don’s cowboy boots hitting the tile floor. Then they see them walking hand-in-hand.

“Before we were married, I visited Janet’s grave and prayed for her blessing,” said Krystal. “People say our whole life was a coincidence but we know that God had a plan.”