The master plan was to make a difference in the world, to do something bigger than himself.

So, John Shepard bolted the insurance industry he’d built a career in to become a bedside nurse 15 years ago, a critical care nurse.

“I thought that by becoming a nurse I would gain a deeper level of peace and contentment in my life because I was helping others,” says Shepard, who has been a critical care nurse at IU Health Methodist Hospital for 10 years. “Then I realized pretty quickly, there was something else in my way and that something was me.”

Shepard was getting in the way of himself — the distractions in his life outside of the hospital were trickling inside the hospital. The chaos of his duties as a nurse was causing stress.

He couldn’t concentrate on his patients because his mind was somewhere else. He wasn’t able to be in the moment with his patients, which to him was the most crucial part of his job.

So, Shepard did something many nurses won’t do. He admitted that to himself and went searching for a way to change it. 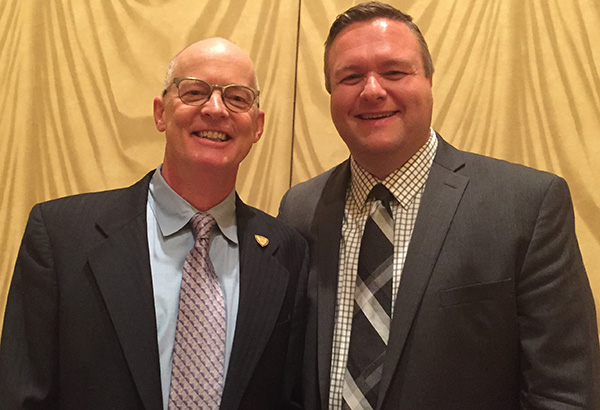 The answer? Meditation. Shepard started meditating before each shift. Meditating during shifts, if needed. Meditating whenever he got the chance.

And then he encouraged his coworkers to join him. He created a meditation schedule and led the sessions.

Shepard says it’s all about creating space and, after that, everything else falls away temporarily.

“You can be with that patient and that’s what patients want more than anything,” he says.

Shepard’s tireless efforts to alleviate stress among his fellow ICU nurses at Methodist have made a national mark.

Recently, Shepard was awarded a National Magnet Nurse of the Year by the American Nurses Credentialing Center.

Just a handful of nurses across the United States are given the honor –one in each of these five categories: transformational leadership; structural empowerment; exemplary professional practice; new knowledge, innovations and improvement; and empirical outcomes. 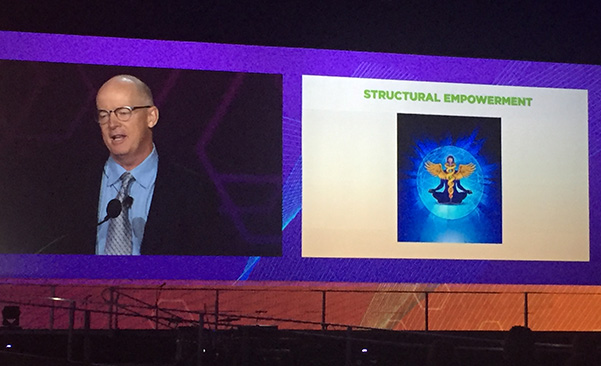 Shepard won his award in the structural empowerment category.

The “relentless work John has done to assist his colleagues with stress reduction…has enabled staff to focus and intentionally provide safer care,” Linda Chase, then vice president and chief nursing officer at IU Health, wrote when she nominated Shepard.

Shepard is leading the way at Methodist in a national movement. Hospitals nationwide have become aware of the need for nurses to do more to take care of themselves. Big healthcare systems have implemented hospital-wide meditation classes.

Just four years ago, Nursing Times conducted a massive study of 10,000 nurses. That study found that 62 percent of nurses had considered quitting their jobs in the past 12 months due to stress. Another 61 percent said they were unable to give patients the care they wanted to because they were too busy.

For one nurse at Methodist to realize that and try to do something about it?

“His commitment to excellence is unmistakable,” wrote IU Health’s Belinda Wallbank in her Magnet nomination for Shepard.

Of course, it hasn’t always been easy. Meditation is new to the staff. Many nurses are hesitant. It can be uncomfortable. It takes a little courage.

But when they participate, Shepard says he hears time and time again about how much it has helped them in their jobs.

“Not just patient care, but it prevents turnover, burnout,” he says. “It just makes you a happier person.”