“The benefit and the power we have to influence a baby and a family’s life right from the get go? It is so powerful.” – Emily Scott, M.D.

Emily Scott, M.D., never takes for granted the power she has to influence a life right from the very start, the opportunity she has to get a baby started on the right path within minutes of being born.

That’s what drew Dr. Scott to pediatrics — the impact she could have on children by starting them off healthy. After all, much of pediatrics is not about disease treatment but about disease prevention — talking about healthy eating habits and exercise and safety. 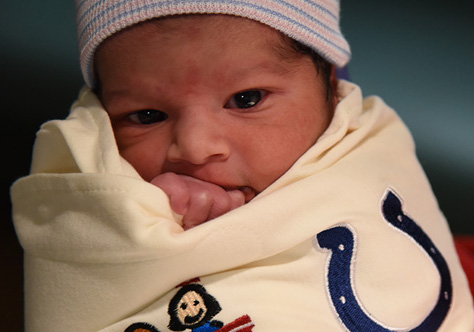 “Really, when you boil that down, the very first place you can start that is here,” says Dr. Scott, medical director of the well newborn unit at IU Health Methodist Hospital. “I really love the idea of being able to touch babies at the very first moment and educate parents and empower them and make them feel like, ‘Yes, you’ve got this. You can do this.’”

“What color are my babies eyes going to be?” parents will ask Dr. Scott. Honestly, she has no idea – yet. “How do we bathe the baby?” Dr. Scott will show them. “When is my baby’s cord going to fall off?”
“I’m having trouble breastfeeding.” Dr. Scott is relentless in helping with that. She educates on breast milk being best, on safe sleep, on how to care for baby’s nails, on how to swaddle.

And that’s exactly what Dr. Scott loves about her job — the medical world colliding with teaching.

As medical director of the unit, Dr. Scott’s job is to make sure the newborns are taken care of. Moms are cared for by her obstetrician counterparts. Dr. Scott also supervises a team, which includes a pediatric resident, a family medicine intern and two or three medical students every day.

She and that team see about half the newborns on the floor. On any given day, that can range from two babies to 22 babies.

“You walk from room to room and you just never know what you’re going to get, so you really just have to stay on your toes,” says Dr. Scott. “It makes it a really cool place to work.”

The Making Of A Doctor

She was 4 years old when the medical world entered her mind. Her mom was pregnant with her sister and she would go to those doctor’s appointments.

People would ask Dr. Scott what she wanted to be when she grew up. That tiny 4-year-old girl would say: “I want to be an obstetrician.” 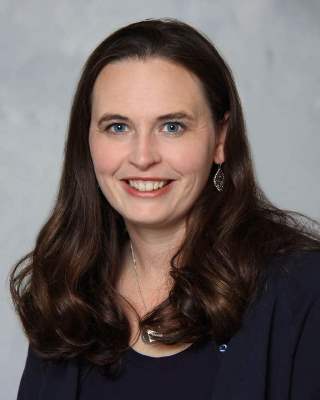 The lure for her then was to get to work with moms and babies. As she grew up, she was also interested in being a teacher.

“I really feel like I got the best of both worlds with this,” she says. “I’m both a doctor and a teacher.”

Born in St. Louis, Dr. Scott’s family moved every two to three years when she was growing up. Her dad worked for Toshiba and was frequently transferred to help set up new offices.

Dr. Scott lived in St. Louis, Denver, Philadelphia, Houston, Providence and Cleveland. Though she was shy, the regular switching of schools made her come out of her shell. It also made her very close to her family, including her sister and a younger brother, because they were the constant in her life.

As she grew up, Dr. Scott was in plenty of activities. She played viola in the orchestra, was in the Latin club, on the math team and did academic decathlon.

As an eighth grader, she won the national Latin exam and had her picture featured in “USA Today.” She’s still not sure why, but her photo was put in the sports section, which is still a running joke in her family. After all, Dr. Scott is admittedly not athletic. She even got kicked out of a tumbling class, called Tumble Tots, as a little girl.

“Even now, my family says, ‘That’s our daughter who is so uncoordinated she got kicked out of Tumble Tots, but made the sports page of USA Today,’” says Dr. Scott, who adds, “I was nerd city.”

Because she was a National Merit Scholar finalist, Dr. Scott went to the University of Tulsa for her undergraduate degree for free. She wanted to save money for medical school and the university had a good undergrad research program.

Even the summer before her freshman year, she was studying fruit fly genetics. She graduated with a major in biology and a minor in chemistry, then went to Baylor College of Medicine in Houston for medical school.

By that time, her family had settled in Indianapolis and Dr. Scott wanted to be close to home. She came back to do her pediatric residency here, finishing in 2009. Then, she was chief resident before joining the faculty in July of 2010.

Her first job was a newly-created position of a nocturnist at Riley Hospital for Children at IU Health. She would spend the night in the hospital as the attending physician. She also worked at IU Health West Hospital.

In December of 2013 she came to Methodist and the following summer she was made medical director.

What she loves…“I love the diversity in our job. I love being able to teach our medical students and residents. The cutest thing is when I have a third-year medical student come on the unit and they’ve never held a baby before. They don’t even know how to pick a baby up. I say, ‘Well, OK. We have got to learn this.’” 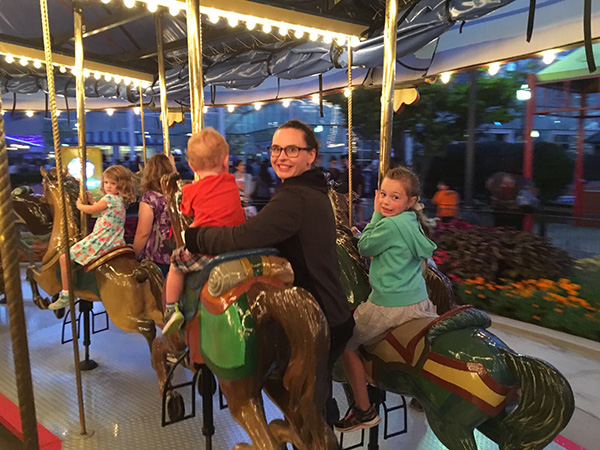 Advice to a young newborn doctor…“To always remember the patient is a kid. Keep in mind, you’re dealing with kids and dealing with parents. Sometimes you lose sight of that. The medical overtakes the common sense sometimes. They’re first time parents. They’re scared out of their minds. They have no idea what is in store for them. Have common sense, courtesy and respect for the family unit.”

Best thing a family has ever said to her…“I had a family ask, ‘Can we just take you home with us?’”

Most memorable patient story…“My favorites are always the first-time moms who really want to breastfeed and start off not so stellar, but by the time they’re going home they are in a really good spot. I love those. It always makes me feel like we did a good thing for those families because if they have a good experience the first time, they will breastfeed the next time.”

Premature babies or opioid dependent babies…“With the premature newborns, we try to keep them with mom rather than going straight to the NICU. Our whole philosophy here at Methodist is if baby is stable and safe to stay with mom, we really try to keep them together. We just feel like bonding between mom and baby is so important we try to minimize that separation as much as possible.” The philosophy is the same with opioid-exposed babies.

Why that is so important…“We talk a lot about the fourth trimester. When baby is first out in the world is when mom and baby are learning about each other. Mom is working on breastfeeding. The safest place that baby feels is up against mom’s chest or dad’s chest. We know babies eat better, they thrive better, they sleep better if they can be right with their parents.”

Her family…She is mother to 6-year-old Frances and 1-year-old Ambrose (who goes by Brose). They love to go to the park, play outside and read – truck books for Brose and puppy and bunny books for Frances.

Outside of Methodist…Dr. Scott is co-chair of the Perinatal Infant Mortality Committee for the Indiana American Academy of Pediatrics. She is the chapter breastfeeding coordinator for the state as well. She does breastfeed education all over the state. She works closely with Indiana Perinatal Quality Improvement Collaborative on neonatal abstinence syndrome care and care for opioid exposed babies. “You also have to know what sources are available in the community,” Dr. Scott says. “And how to get people help if they need it.”