But he does. He chooses to work as an ER doc, in the trenches, because that’s exactly who Dr. Roumpf is. Humble, caring and never asking someone to do something he wouldn’t do himself.

“To do my administrative job, I still need to be a clinician. I wouldn’t be effective if I wasn’t still practicing and having my feet on the ground,” says Dr. Roumpf. “I need to get out and do what everybody else is doing. That’s what I signed up for.”

And what he signed up for is what he loves. Dr. Roumpf has been at Methodist since 1999, when he came to the hospital for his residency. Nearly seven months ago, he took on the role of director.

The adrenaline rush, the unexpected inside the ED is the lure that has kept the job fresh for Dr. Roumpf.

“There are moments when something happens you just couldn’t have foreseen,” he says. “It’s an exciting place to work. It’s a dynamic place to work. The people here are doing things for the right reason. They are here because they want to be here.”

***
Half of the medical care in the United States comes through the nation’s emergency departments. At Methodist, it’s no different. Just more than 50 percent of the admissions to the hospital in 2017 came in through the ED.

As director of clinical operations for Methodist’s ED, Dr. Roumpf is in charge of what really is its own medical town. Methodist is a Level I trauma center plopped in the middle of an urban setting. 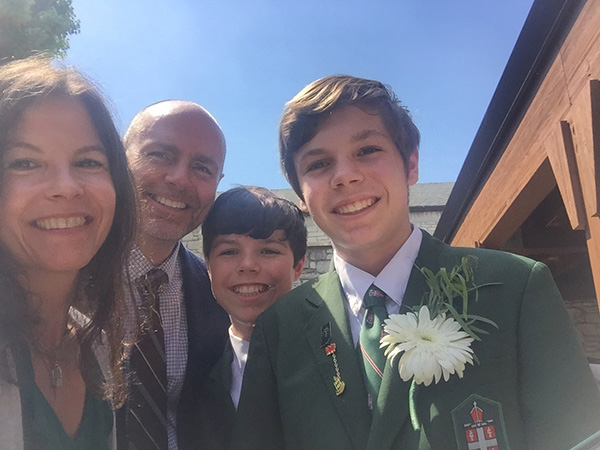 “I have virtually every resource you can imagine so that’s a great benefit,” says Dr. Roumpf, a married father of two boys. “With that comes some of the sickest patients. We’re a referral center for the entire state, and really beyond that.”

At his disposal, Dr. Roumpf has a trauma team, cardiologists, neurosurgeons and more. Specialists ready to be at a bedside in minutes.

“On a day-to-day basis, we see the sickest of the sick and we provide the best care in the state,” he says. “And, arguably, we’re the top tier in the country.”

To work in the emergency department, Dr. Roumpf says it takes a certain type of provider.

“You have to be unflappable but, at the same time, you have to be patient,” he says. “I think it takes a real balance of those things, which isn’t always easy.”

But Dr. Roumpf has perfected that art.

He was born in Fairbury, Nebraska, a little speck on a map. He lived there until he was 7, when his family moved to Chicago.

There was no science, no medicine in Dr. Roumpf’s family. His father is a Presbyterian minister and his mother is a schoolteacher.

Dr. Roumpf grew up in between two sisters, playing whiffle ball and ice hockey with the neighborhood boys.

In high school, he played tennis and worked at a veterinary office. He helped care for the animals, holding them while they received treatment. On weekends, he came in to clean and feed the animals. It was there he got his first taste of caring for the sick.

For college, Dr. Roumpf headed back to his early childhood home for college, attending the University of Nebraska. He was leaning toward computer science or engineering, but then medicine caught his eye. He decided to stay in Nebraska to attend medical school.

He found himself enamored with the specialties of critical care and trauma surgery. Emergency medicine ended up being the perfect fit; it had variety and an element of the unknown.

Dr. Roumpf came to Methodist for his emergency medicine residency in 1999 – and he never left.

It was all those years ago, nearly 20 years, that Kathy Hendershot first met Dr. Roumpf.

“He was an instant like,” says Hendershot, director of nursing operations for emergency services and behavioral health at Methodist. “He was the kind of person you knew from the start was a keeper, someone you wanted to make an offer to stay after he finished.”

Confident, kind, humble and smart – that’s how Hendershot describes Dr. Roumpf. As a staff physician, he was one of the nurses’ favorite physicians to work with. 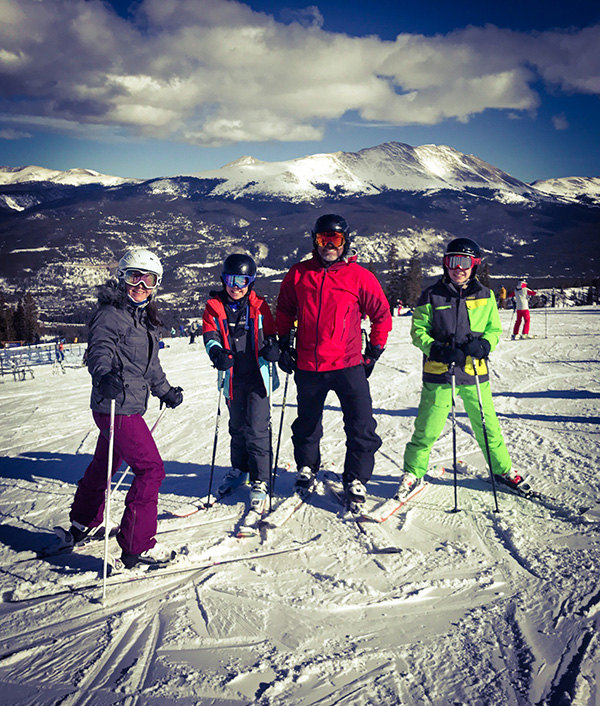 “He was always calm, never demanding and treated everyone with the utmost respect — his peers, the patients and the nursing staff,” she says. “He was always willing to help, no matter what. He just always does the right thing.”

Personal: He is married to Sheila, a dermatopathologist. The couple met in medical school and have two sons, Ethan, 14, and Gavin, 13.

Hobbies: Running, mountain biking, skiing and climbing. The family loves to go on trips together, most involving mountain sports.

Dr. Roumpf on Methodist: “This is an amazing institution. It really is. It’s huge, yet it’s still personable,” he says. “The camaraderie, the loyalty to the people you work with, it’s remarkable. It’s filled with really exceptional and talented people.”