There’s a history that Andrew “Dru” Gaddie brings with him through the doors of IU Health Methodist Hospital. Some of that history connects him to the hospital; some of it connects him to his role as a behavioral specialist for patients with drug addictions.

Gaddie entered the world on July 21, fifty years ago. The obstetrician and gynecologist who delivered him – Dr. Frank Perry Lloyd would eventually have his portrait hanging in the lobby just inside the doors that Gaddie now enters to begin his work day. Lloyd, who died Aug. 27, 2002 at the age of 82, served as President and Chief Executive Officer of Methodist Hospital from 1981 to 1988.

Gaddie grew up on Indy’s east side and graduated from Arsenal Tech High School. He played football for the Titans and wrestled in the school’s 135-pound weight class. He also played trumpet in the band, and achieved the rank of colonel in the ROTC.

Things were looking good for the young man who was first held by the hands of a respected physician.

“I decided to go into the military because it was the man thing to do,” said Gaddie. “My uncles and father were service people so I decided to join the Army.”

He served from 1985 until 1988 and then moved to Chicago to care for his ailing mother. He joined the Chicago Police Department for a time and eventually moved back to Indiana where he worked in maintenance for one of the malls.

All the while Gaddie was serving others he denied a nurturing that was beyond his scope of reasoning. He needed to take care of himself.

“I had drugs and alcohol in me,” said Gaddie. “I was able to go periods of time without using, so my performance on the job was outstanding.”

There were fights, there were guns involved and there were injuries. But he was never incarcerated.

“I never noticed how bad it was. A lot of alcoholics don’t see the addiction. They define addiction by the worst things in life. Every time I’d give something away like a great career it wasn’t the worst thing, because I could create a better career.”

Or so he thought.

Eventually he started to experience health issues – serious health issues that landed him back in the hospital where he first made his appearance into the world.  He was diagnosed with congestive heart failure and diabetes. At one point in his life he was considered morbidly obese at 345 pounds. Three heart attacks in three years led to surgery. Still Gaddie continued to use.

“I hung out on the streets and tried to be a father to my kids, but I started drinking at age 14. Over time drugs also became part of the mix. It became part of who I was. The excessive drug use led to my heart failure but it didn’t stop me.”

At his worst he was in a trap house and was shot by a couple of kids. He spent a day in observation but said the wounds were minor and he was released shortly afterward.

It was about that time that Gaddie, then at the age of 39, decided he needed help.

“Here’s when the light came on. I was using one night with two friends and I couldn’t feel the alcohol or drugs. I asked them to leave the house. I sat on the corner of the couch wondering why I couldn’t use and feel the high. A commercial came on the TV talking about the signs of addiction and I knew it was aimed at me.”

“The first step is admitting that you have an addiction.”

Now when he comes through the doors of Methodist Hospital, Gaddie is dressed in a freshly pressed shirt and pants. He wears a tie around his neck and in those pants pockets he carries three coins – two from Cocaine Anonymous and one from Alcoholics Anonymous. They represent 11 years of sobriety. 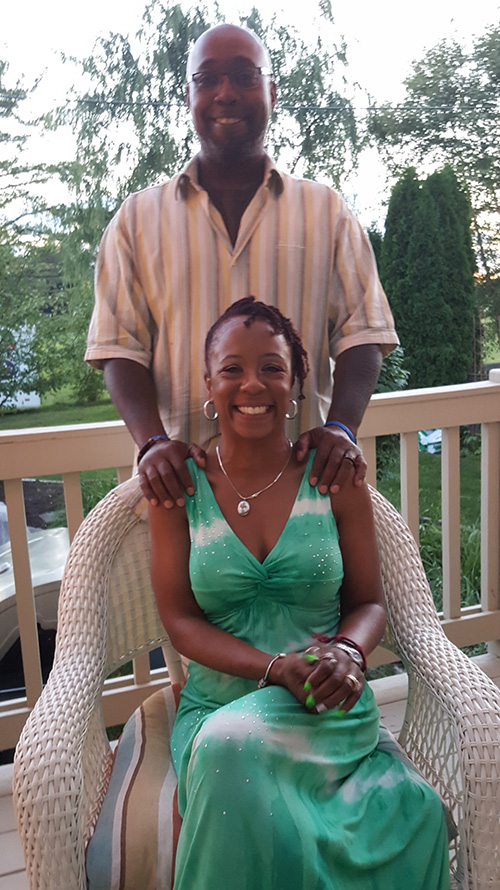 Since that December night, he has focused on the self-care that he once put on the back burner. He has undergone bypass surgery and is maintaining a healthy weight, has been married for six years to Gwen Gaddie, and has focused on a career that allows him to practice a discipline he so firmly believes in – sobriety.

“When I came into recovery I was aggressive with my recovery. By the grace of God I haven’t relapsed in 11 years and never even thought about going out. This life is so much better,” said Gaddie.

At Methodist, Gaddie is part of a team of behavioral health recovery specialists who work with doctors and nurses connecting opioid overdose patients with ongoing care. The collaborative effort is part of a statewide plan – Project Point – that provides outreach intervention in opioid-related emergency medical services to help combat the tragic outcomes of opioid addiction.

“Having recovery coaches on the team means they can speak in a manner that others can’t. They know and understand the addiction firsthand, and patients know exactly who they are talking to. They know that they are talking to someone in recovery whose specific job at that moment in time is to help that person,” said James Ryser, director of chronic pain and chemical dependency at IU Health Methodist Hospital.

Gaddie, who worked in other treatment centers and halfway houses before coming to IU Health said he looks at his experience with addiction as a tool that can help him relate to patients.

“A lot of people keep recovery quiet. They think it will hurt them professionally or personally, and that’s their choice,” said Gaddie. “I believe it’s part of my life and how I’ve changed my life. As an addict I didn’t care if people knew I used so why should I care that people know I’m in recovery. I’m still and always will be an alcoholic and addict but I am recovered from a hopeless state of mind and body.  I am hopeful. I am no longer a hopeless dope fiend; today I’m a dope less hope fiend.”

And what does he think Dr. Lloyd would think if he saw him now?

“It was overwhelming to come on board as an employee. My mom and dad had a great relationship with Dr. Lloyd through the years and I’ve known other doctors here who never judged me and always saw the good in me” said Gaddis. “I walk through the doors and see Dr. Lloyd’s picture and I wonder what he would think of the man I’ve become. I was born at this hospital and it’s saved my life so many times. I truly believe that I have a purpose. I hope people see that I’m the one who tries to reach the unreachable.”