There’s a framed picture in Doctor Sara Jo Grethlein’s office of a woman who is bald. Across the top is written: “C’mon now . . . how bad can a bad hair day be?”

Doctor Grethlein keeps the photo close by to remind her of how fortunate she is and how important it is to look at cancer through the eyes of her patients. The photo was taken 16 years ago and the patient died at the age of 26.

“Like me, she had a sister named Rebecca, and like me, her father was a physician,” said Grethlein. It was her father – who is still practicing at the age of 84 – who had the earliest influence on Grethlein’s pursuit of medicine.

“I think I knew in utero that I would go into medicine,” she said laughing. “I was never pushed into medicine; I was seduced into medicine. I was fortunate in that my parents supported our intellectual lives,” said Grethlein. Her mother was ill much of her childhood with Type 1 diabetes and kidney disease that eventually lead to a transplant.

“I saw the impact of good medicine and the great care my mother received,” said Grethlein. Her mother, Mildred Barrett-Lennard Friedman, a former elementary teacher, died 20 years ago. Another picture hanging in Grethlein’s office tells of her mother’s legacy. There’s a poster that describes the life of an avid knitter.

“When we went off to college, she made each of us an afghan. I wasn’t sure she’d be alive when I had children so I asked her to make me baby clothes instead of an afghan. She said ‘no’ she was making an afghan. She lived long enough to see me become a mother, so in her honor, I’m knitting afghans for her eight grandchildren,” said Grethlein, the mother of two.  To date, she’s completed six. In addition to knitting, Grethlein enjoys kickboxing and listening to books on tape while she walks.

Growing up in Brooklyn, Grethlein attended public schools and remembers playing in the lab at the hospital where her father, Eli A. Friedman, practiced medicine. She once let a rabbit loose in the hallway to see how far it would run.

Eventually she became a candy striper and took college classes at a medical magnet school while still in high school.

“Because of public transportation, I had opportunities. I commuted to the Brooklyn Botanic Garden Children’s Program hopping off the subway with my kohlrabi and other veggies we grew. I took art classes at the Brooklyn Museum and computer classes at NYU.

But her heart was in medicine. 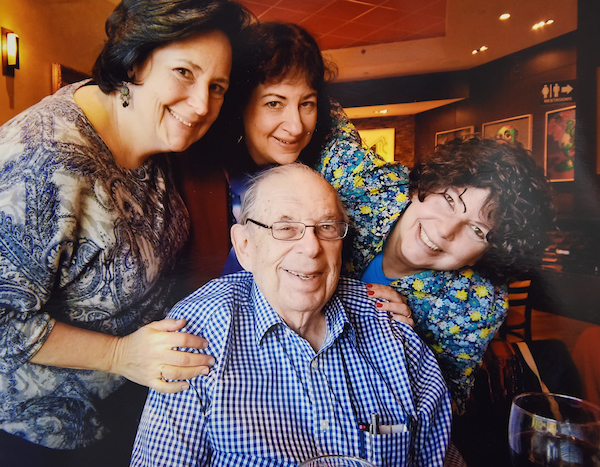 She’s been with IU Health for four years – coming to Indianapolis as an academician, teaching medical students. She relies on bedside experience and lessons learned from her father to coach them through patient care.

“SUNY Downstate Medical Center was a huge urban hospital. My dad did a study once and found that less than 15 percent of the patients could identify their doctor by name. They saw themselves as more of commodity. What fun is that?”

In 2015, Grethlein moved into a clinical role as service line leader for rheumatology and medical oncology. In that role she serves on Clinical Council – hospital leaders from various regions of IU Health who work together to make decisions impacting the entire spectrum of patient care.

“What’s fun about it is I get to work with physician leadership at other centers and share ideas. We want to capitalize on the economy of size and incorporate systems and plans that can be replicated at various sites,” said Grethlein.

Combining the clinical side with the administrative side is part of the romance Grethlein speaks of when she describes her profession.

“On rounds today we talked about patient stories. When we can’t make them better, we can make their experience better,” said Grethlein. She relates how she started a conversation with one patient by asking about a favorite John Travolta movie. She struck up a conversation with another patient and learned he’d adopted an albino hedgehog.

“It’s so important to keep the humanity. I use a lot of media – books, videos and music – to try to connect trainees to the patients. Most of them are young and healthy. I try to get them to imagine what it’s like if they were on the other end of the stethoscope.”

It’s that joy of connection that keeps her career fresh, said Grethlein, 54. She once tried to think if there was any body part that she hadn’t treated for cancer. She was stumped. 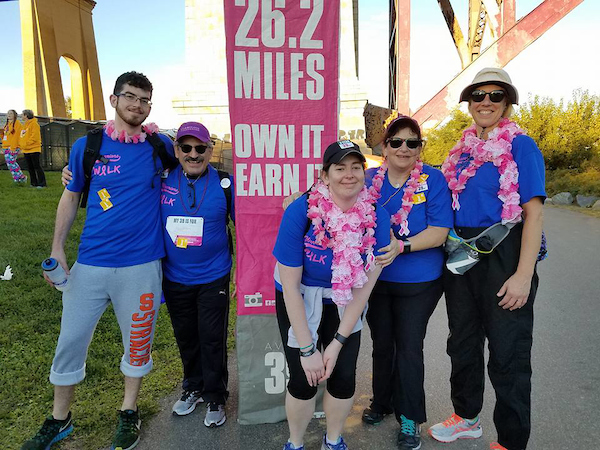 “Now I have a bizarre practice – I focus on anything above the shoulders – head and neck, thyroid and brain – also sarcoma and bizarre skin cancer in immune compromised patients. The science is exciting but it’s the people who matter.”

As a testament of her care, she will again participate in the Avon 39 in New York on Oct. 14-15. The walk through Manhattan and back is a 39.3-mile trek to fight and fundraise for breast cancer.

“I cry the whole time. I think about my patients who have died; I think about my patients who beat breast cancer, and families who dealt with breast cancer. I think about being part of a community of care,” said Grethlein. “You are in the community of people who are trying to make that fight better. I want to win in that fight to beat cancer, but if I can’t win, I want to help them have full lives,” said Grethlein. “I’m not interested in taking care of the disease; I’m interested in taking care of the patients.”