Jessica Jones’ roster is an impressive one – 120 nurses and 15 support staff.

Her team’s mission is a crucial one – care for some of the most critically ill patients at IU Health Methodist Hospital.

Some days, that unit is filled with happiness and victories. Some days, the tears and the loss creep in.

And yet, somehow, Jones – the clinical manager of the CVCC unit – handles it all with ease. She is compassionate and upbeat. She is friendly and hands on.

Jones isn’t a bedside nurse anymore, but she can’t pull herself away from the bedside for good. On her shifts, Jones can often be found inside patients’ rooms, helping out. 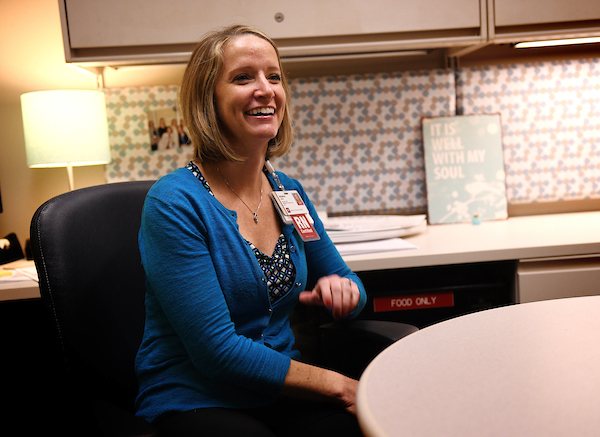 “I can’t think of anything more humbling than being a part of this,” says Jones, who has been in the CVCC unit 14 years. “It’s an honor. I have to get my hands in there. I feel like it’s part of me.”

For Jones, it’s like therapy. A hectic, bad day can be turned into a good day just by doing something for a patient that makes them feel better.

That, after all, is why Jones got into this career in the first place – to help others.

She soon realized that wasn’t necessarily the norm. Not everybody thought that sort of thing, taping up sweaty players’ joints, was fun.

“I just found myself drawn to wanting to help people,” says Jones, a married mother of three. “That started pretty early on.”

There’s certainly good reason for that. Jones’ dad, Randy Caldwell, M.D., is a cardiologist at Riley Hospital for Children at IU Health. Her mom, a nurse, went to nursing school at Methodist, when the hospital offered that training. 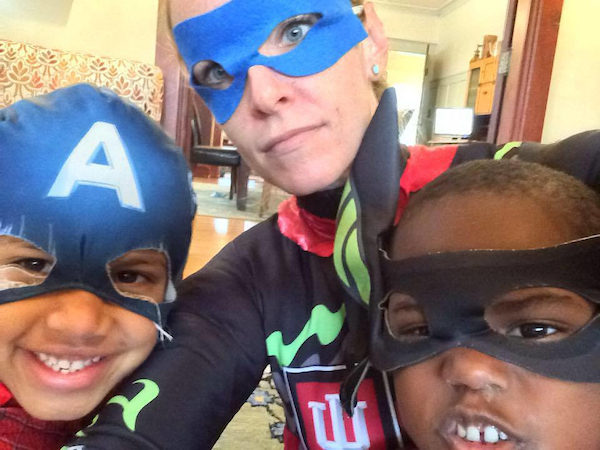 “I guess my roots are with IU Health,” says Jones, who is known as a leader – and a mom — who likes to make things fun.

As she headed to college at Indiana University, Jones had pretty much settled on a career – physical therapy or medical school. Healthcare was definitely in her future.

By the second semester of college, she realized nursing was the perfect fit. While in nursing school, Dr. Caldwell suggested to his daughter she might try working at a hospital before graduating.

Jones started a job as a tech in the emergency department at Riley and loved it. She thought that was where she would end up one day.

But then, near the end of nursing school, Jones had clinical at Methodist in CVCC.

“It just clicked with me,” Jones says. The unit manager asked if Jones would transfer there to be a tech. She did. And after graduating she was asked to stay on again, this time as a nurse in CVCC.

That was 14 years ago and Jones has never looked back.

She started as a night shift nurse and did that for 11 years – five as a nurse and six in a shift coordinator role. Three years ago she took on the role of clinical manager.

Being able to oversee the unit and mentor young nurses, while still caring for patients, is the perfect fit for Jones.

“I cannot think of a profession that marries my passion and my ministry better,” she says. 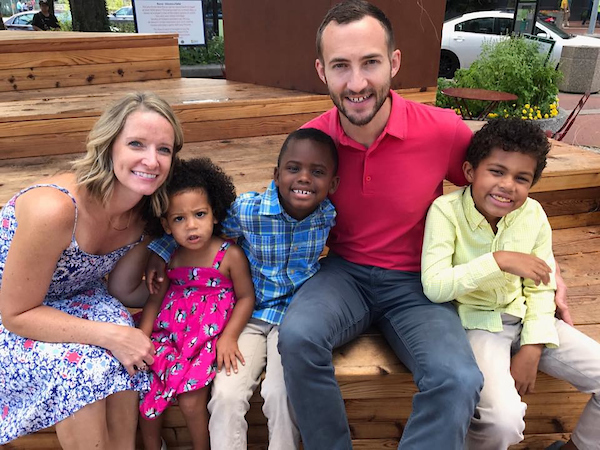 Personal: She is married to Dustin and the two have three children: Oliver, 8, Max, 7, and Ruby, 3. They adopted all their children and are foster parents.

Outside of Methodist: She enjoys playing soccer and going to Dustin’s cycling races. Oliver plays soccer and Max is a gymnast so the family spends a lot of time at one another’s activities.

Advice to young nurses: “It’s hard. Nursing is hard. You have to go into it knowing that. When things get really hard, just remember why we’re doing what we’re doing.”

Fun fact No. 1: Jones set up her twin brother with one of the nurses she worked with on a blind date. They’re now married and have a son.

Fun fact No. 2: Jones has a twin brother. Her mother is a twin and her grandma was a twin.

Always learning: Jones is in school getting her master’s degree in  nursing and health systems leadership.

On the side: The family lives in a historic neighborhood downtown Indianapolis and is renovating their home.

What she loves about Methodist: “Just being part of the
Academic Health Center, all the resources. It’s cutting edge technology.”