When things got the worst, when they got the scariest, Tonja Talley weighed 77 pounds.

When she took a breath, it felt like she was sucking through the tiny hole of a coffee stirrer. A short walk to the mailbox felt like miles.

When she took a shower, she would have to get out, sit on the side of the tub for 15 or 20 minutes just to catch her breath – just so she could get dressed.

She was a young woman in her late 30s, yet in the depths of her soul and her heart and her body, Talley knew the end was near. 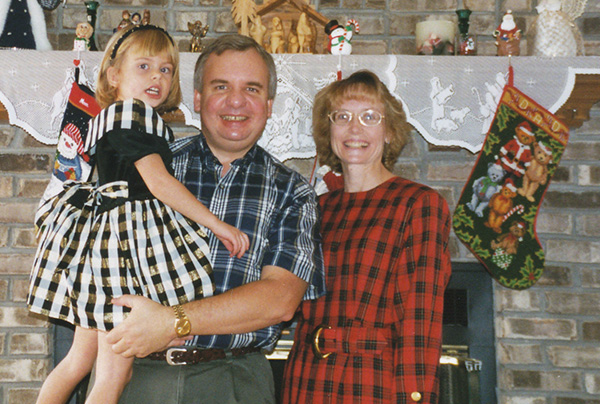 On Christmas Day in the year 2000, as Talley watched her daughter Mary unwrap her gifts, she knew.

“I knew just within myself that my time was coming. I knew within my body that it was conking out,” says Talley. “I remember saying a prayer to myself as I watched Mary that Christmas. ‘If it’s going to happen, just don’t let her be around when it does.’”

Talley desperately needed new lungs. Without them, she wouldn’t make it to the next Christmas.

Her parents started noticing when Talley was just a baby. She wasn’t thriving. She was tiny. She wasn’t gaining weight. At first, doctors weren’t concerned. Talley’s parents were both very thin.

But then when Talley was one year old, her parents got a devastating diagnosis. Their daughter had cystic fibrosis.

Doctors took her mom and dad into a room. The pediatrician told them Talley most likely would not live long enough to go to kindergarten. Age 5 is the longest most kids lived.

And then things got worse. As Talley’s parents went searching for answers to this disease, talking with people and seeking assistance, some encouraged them to put Talley in a facility for cystic fibrosis patients.

“You have to understand that time frame back in 1962,” Talley says. “Back then, if they didn’t understand, they put you in a home.”

Her father and mother immediately said no. They would be keeping their daughter with them.

“They wanted me to live as normal a life as possible,” she says. “And it was in God’s hands as to when my time would come.”

But that time never came. Talley made it to kindergarten and high school and college. Most patients with cystic fibrosis who make it past childhood live to an average age of 37. 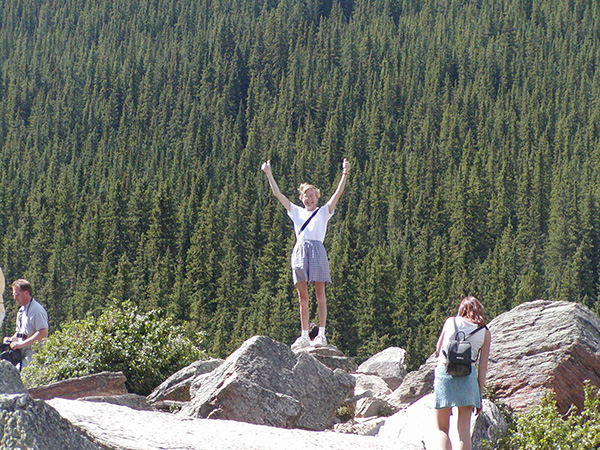 Talley is now 56. And she is grateful for every day she’s gotten.

“Looking back on everything, I would not trade it,” Talley says. “I’ve learned a lot. It’s been a very good life. I thank God every day that I’ve had this chance.”

But it was never easy. Not any of it.

As a child, Talley was teased at school for coughing so much and for being too skinny. She would go home and cry in her mom’s lap as she brushed her hair, asking, “Why did God do this to me?”

Cystic fibrosis is a progressive, genetic disease that causes a thick, sticky buildup of mucus in the lungs, pancreas and other organs. That mucus in the lungs clogs the airways and traps bacteria leading to infections, extensive lung damage and, eventually, respiratory failure.

Growing up, Talley’s father had to pound on her back and on her chest every day twice a day to help break up that mucus and get it out of the airways. It was a routine for Talley, once in the morning before school and once in the evening before she went to bed.

Talley, who grew up in Muncie, Ind., did chest percussion exercises, breathing machines, took different medicines and, until she was 7 years old, slept under a mist tent.

That all ended one day when a friend came over to play. He started questioning that strange tent. Talley felt embarrassed. That night, she told her parents that she would never use it again. They said OK, took it off her bed and that was that.

“I really felt very blessed I had parents who did everything they possibly could for me,” she says. “They really let me live a childhood life.”

And miraculously, all throughout that childhood, Talley never was hospitalized. It seemed like this disease might just be sparing Talley its toughest challenges.

But then, everything changed.

Once she graduated and started working full time in information systems at AUL (now OneAmerica) in Indianapolis, her body started wearing down.

She wasn’t spending the time she should have doing her chest percussion. There wasn’t anyone to pound for her. So, she would pound on her own chest and, to get her back, she had to thump herself up against a wall.

While working at AUL, Talley was hospitalized multiple times at length. After one of those stays, her doctor looked her in the eyes and told her: “You either need to quit your job or I will see you at your funeral in less than a year.” 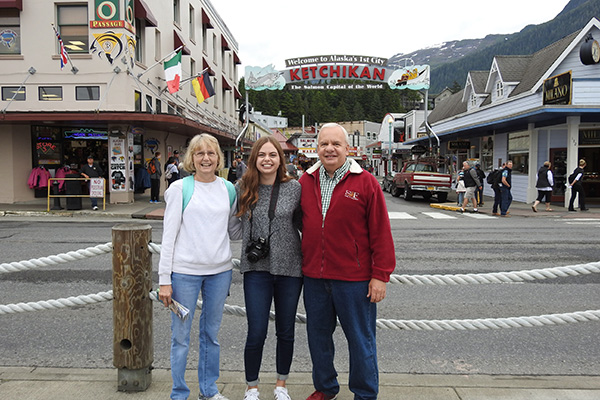 Talley — who had met a wonderful man named Emet Talley at AUL and was married by then — quickly took her doctor’s advice. She put in her two weeks notice.

Once at home, Talley started a balloon company out of her home. But she continued to get sick and eventually had to give that up, too.

All the while, she desperately wanted a baby. Doctors had always told her that would be “iffy for her health.” But while on a trial drug that loosened up the mucus throughout her body, Talley became pregnant.

There was never any question on how the couple would move forward. “I will risk my life to have this child,” she remembers telling Emet.

Little Mary was born and in the hospital room Emet said to his wife, “Isn’t she the most beautiful thing you’ve ever seen?”

“This whole walk,” Talley says, “has been God showing me there are daily miracles.”

Mary was always so good, even as a toddler. She knew playing with mom meant sitting next to her with a coloring book or reading. She even knew how to screw in the clamps for the IVs her mom needed when she was recovering at home after a particularly bad time.

After struggling with the decision to get a transplant or not, Talley eventually decided she must. One doctor told her, “You’re going to run out of time.”

She almost did. Less than three weeks after that Christmas in 2000 when Talley thought the end was near, she got a call that her new lungs were available.

When her surgeon, John W. Fehrenbacher, M.D., came out to talk to Emet after the surgery, “he told Emet that when he took my lungs out of the chest cavity, they fell apart in his hands,” Talley says.

“Their job was done.”

“I woke up and I have never ever felt such a refreshing breath of air to breathe as I did that day,” Talley says. “It was so easy to breathe.”

When Mary came in to see her mom, she told Talley she liked that she wasn’t making the “raspy noise” anymore.

After recovering from the transplant and going home, it was like Talley was living a different life. She could go to the neighbors’ swimming pool and hold her breath under water, long enough to do handstands with Mary and the other kids. 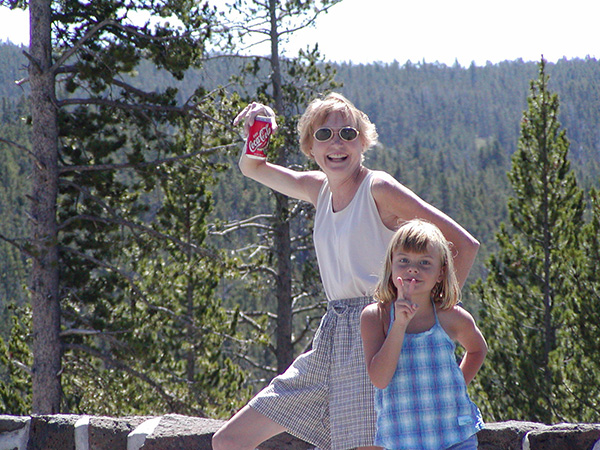 She could go on walks and look at bugs and flowers. She could climb mountains.

And she could laugh. Before the transplant, Talley had stopped laughing – because she would start coughing and the blood would come up.

“After the transplant I could laugh again,” Talley says. “There is so much joy in that.”

And for the past 16 years, Talley has found so much joy in life. She’s been, for the most part, healthy and had few complications.

That has everything to do with her attitude, says David W. Roe, M.D., Talley’s pulmonologist at IU Health.

“Tonja is a wonderful patient and, more importantly, a wonderful person,” says Dr. Roe. “She has always treasured her gift of transplant and consistently taken care of herself since her transplant.”

She is compliant with her treatments and medications and, Dr. Roe says, he is grateful for her involvement in the transplant program.

Talley now is a bright light for those considering transplants. She is on a contact list for anyone in the nation and beyond who is weighing the decision of a transplant. They can ask her questions and she answers them honestly. She’s talked with patients from Florida, California, Indiana, Canada, Wyoming and Texas.

But then, she tells them the good stuff. Talley has used her story and testimony all over, speaking about how God has worked in her life. She volunteers at food pantries and Bible studies and makes quilts.

She knows the gift she has been given.

“I haven’t met a transplant patient who will tell you they aren’t scared every day,” she says. “We are very aware that the next moment may be our last. But we are also thankful, so very thankful.”