There are, of course, the prescriptions that get filled — an average of 780 a day.

Do a little math and that’s a mind-boggling number in a week, let alone a month or a year. And that alone is remarkable.

But inside the bustling IU Health Methodist Retail Pharmacy there is so much more going on, things most people would never fathom.

All the staff is trained on identifying signs of domestic violence. More than once, they have helped get a victim to safety.

The pharmacy is taking major strides to slash hospital readmission rates with a discharge program that’s had amazing success rates.

And workers make personal calls to nearly 1,000 patients every month – HIV and transplant  – to make sure they have their prescriptions and are getting refills of their life-saving medicine.

“The retail pharmacy does a lot of different things. We have a lot of different programs,” says Cindy Miller, RPh, who has been manager of the Methodist pharmacy for 12 years. “I enjoy the variety of starting new programs and seeing how they can help patients and drawing out the strengths in our staff because the staff is really why all of our programs are successful.”

The staff. Behind the counters, among all those bottles and boxes of pills and medicine, is an army of workers. The Methodist pharmacy employs about 36 – ranging from pharmacists and certified pharmacy techs to social workers and social work assistants.

There is also a robot in the pharmacy, which joined the team about six years ago. She/he fills 40 percent of the prescriptions and labels the bottles.

Miller has worked at the pharmacy, which opened 30 years ago, for 21 of those years. She’s seen its name change six different times. At one point, it was called the Methodist Prescription Center. At another, Indiana Home Care.

As manager for the past 12 years, Miller has worked to transform its mission. We asked her to tell us more about all that goes on inside this pharmacy inside the hospital.

When a patient is ready to leave Methodist, a pharmacy tech goes to that patient’s room to enroll them to get prescriptions filled.

Miller and her staff want to make sure patients leave with their medicine. They troubleshoot prescriptions, making sure they are written correctly, that they are covered by insurance and that the patient has the money to pay for it.

When the prescriptions are ready, a pharmacist will call the patient in the room to go over cost and do counseling. The pharmacy tech will then deliver it to the room.

The program started in 2008 and Miller has been tracking its success, which has been tremendous.

The goal is to touch base and make sure they are taking their prescriptions or refilling them.

And when a transplant patient or patient on a ventricular assist device leaves the hospital, a pharmacist is sent up to consult with the patients on the medicine they will need outside of the hospital.

Miller’s next goal? To get patients with chronic obstructive pulmonary disease (COPD) on a similar program.

Most people don’t think about social workers in the pharmacy, but they play a big role. They help patients qualify for financial assistance programs to cover the cost of their prescriptions.

Pharmacy staff members are trained on identifying victims of domestic violence. If they notice something with a customer that raises a red flag, they will ask that person if they’d like to talk to a pharmacy social worker.

Since that program has been in place, Miller has seen several domestic violence victims brought to safety. 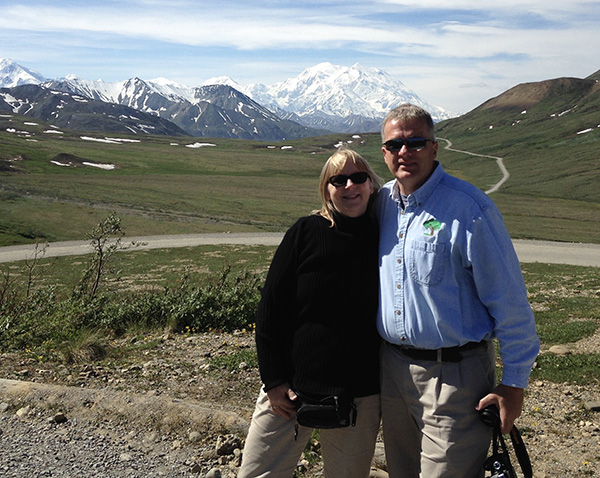 Personal: Miller was raised in Beverly Shores, Ind., and started dating her husband, Jeff, when she was 15. They have been married 34 years, live in Indianapolis, love to travel and have three grown children, Joy, Jeremy and Patti. They also have three grandchildren, two girls and a boy.

Road to pharmacy: She thought she wanted to be a physical therapist, but her taste for pharmacy came as a sophomore in high school. She loved chemistry and her chemistry teacher, whose son was a pharmacist. She knew from then on, a pharmacist she would be.

Education: Miller went to Purdue University for pharmacy school, then completed a post-graduate residency in hospital administration at Brigham And Women’s Hospital in Boston.

Full circle: After she finished her residency, she was hired at International Health Services in Boston where she developed a database tracking diagnosis and the difference in length of stay based on drug use, very similar to the discharge program at Methodist.

Landing at Methodist: The couple moved back to Indiana in 1988 and Miller worked at an independent pharmacy before coming to Methodist in 1996. She worked as a pharmacist before taking the role as manager 12 years ago.