She holds a law degree, a pharmacy degree and worked at one of the world’s leading pharmaceutical companies and yet Carrie Cagnassola, 53, says she felt: “Stupid.” 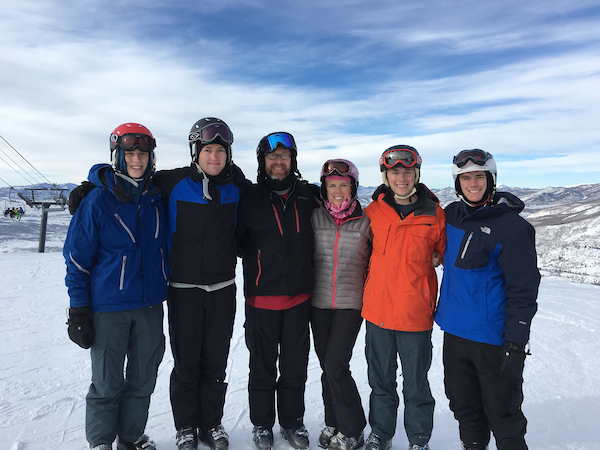 Prior to her cancer diagnosis, Cagnassola received all her care through another Indianapolis hospital.  In July of 2014, Cagnassola, then 50, went to get her annual mammogram. She had no family history, and for nearly a decade the screenings showed no signs of cancer. But there was a catch; Cagnassola is part of a large group of women with dense breast tissue.

“Starting in 2011, I was having 2D mammograms every 6 months, each time with a ‘second look.’  The radiologist told me they were watching an ‘area of thickness,’” said Cagnassola. “Dense breast tissue” was never mentioned. About 40 percent of women who receive mammograms have dense breast tissue, but few know what that means or what the next step is.

“I had such a false sense of security. They just said they were watching an area of thickness and I feel so stupid that I never asked, ‘what does that mean?’” said Cagnassola, who worked in Quality Biometrics/Statistics at Eli Lilly and Company

until her recent retirement. Three years ago, as she sat in the waiting room, like she had done so many times before, while the radiologist read her images, she began to think about that next step.

“Here I am a health professional and I never thought to advocate for myself.  For all I knew, they could be giving me cancer with these repeat screenings. I trusted that the mammogram was the way to detect cancer. I don’t want to scare people because mammograms are important, but if you have dense tissue, or if you are told something you don’t understand, you need to push for answers. Doctors aren’t perfect, mammography is subjective and some women need more than a mammogram to detect abnormalities, said Cagnassola, who is married to Greg Cagnassola, an attorney. Together they have four sons.

The youngest child in her family, Cagnassola’s father taught her early in life the importance of standing up for herself.

“My dad was a Marine in WWII and played football for the University of Michigan. He was a teddy bear but also a tough guy. He said ‘if you have a problem, deal with it.’”

He died June 29, 2014, and the Monday after his memorial, Cagnassola went for next six-month mammogram.  After another “second look” mammogram she talked to her radiologist about her results, and an ultrasound was finally ordered – showing a 2cm mass, which was later determined to be stage 3a breast cancer. 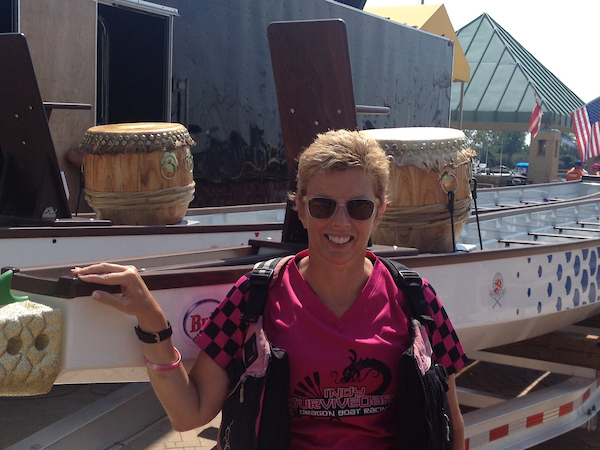 She began digging deeper and researching dense tissue. That’s when she met Dr. Nancy Cappello, Director and Founder of Are You Dense, Inc., an advocacy group that helps educate the public about the risks and screening challenges of dense breast tissue to prevent missed, delayed and advanced stage cancer.

The organization was launched after Dr. Cappello’s advanced-stage breast cancer diagnosis within weeks of a normal mammogram. It was at that time that her healthcare providers informed her that her cancer was masked by mammography for years because of her dense breast tissue.

“Dr. Nancy Cappello informed me that an attempt at a breast density reporting bill was passed in 2013 but it contained subjective language that dense breast tissue disclosure would be limited only to women who the physician deemed required further follow up and testing,” said Cagnassola. “I wanted to ensure that all women who had dense tissue were notified of their condition and the limitations of 2D mammography to detect cancer in women with dense breast tissue.”

Cagnassola’s in-laws were in Jacksonville, Fl. So Cagnassola and her husband sought a second opinion and traveled to Mayo Clinic where her surgeon and oncologist coordinated treatment with IU Health oncologist Dr. Jennifer Morgan.  Cagnassola’s August 2014 procedure involved a double mastectomy. Twenty-eight lymph nodes were removed, and the final pathology revealed the cancer had spread to seven lymph nodes, resulting in her stage 3a diagnosis.  She continued her care with Mayo Clinic and with IU Health, including chemotherapy, radiation, and reconstructive surgery.

“When the final pathology report came back, it showed my whole breast was a mess. They could not have removed that mess with a lumpectomy and they couldn’t have felt that mess with a normal breast exam. I had it for awhile and the only chance at detection was proper imaging.”

It was enough to spur Cagnassola into action.

In March 2016, Indiana became the 25th state to enact a mandatory breast density notification law. The law became effective July 1, 2016.  Cagnassola is credited as a patient with a driving force behind that law. Essentially, what that means is that all women who have dense breast tissue are notified of this condition, the risks, and the need for additional follow up and discussion with their healthcare providers. 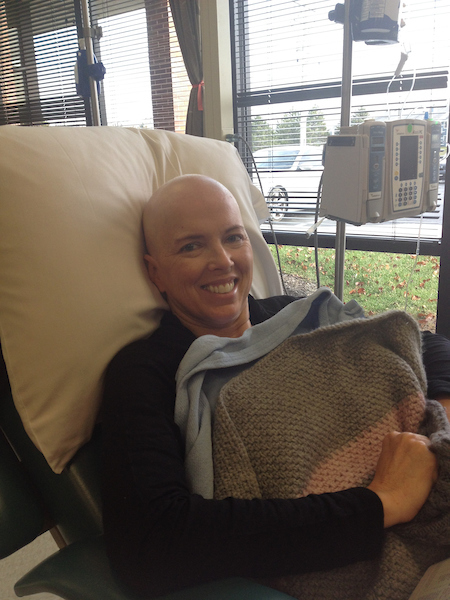 “I was bald as a cue ball when I met with Senators (Patricia) Miller and (David) Long. They really invested the time to listen and understand the importance of this law,” said Cagnassola. As an attorney, Cagnassola was also prepared, and brought paperwork to the table. She had requested and received all of her results from past mammograms.

“When I went back and looked at all my medical reports, the radiologists shared with the physician they all said ‘dense tissue ultrasound may be required.’ I was never told I had dense tissue and I was never offered an ultrasound until my cancer diagnosis.  Changing the law means every women will objectively receive that same information saying she has ‘dense breast tissue.’”

Cagnassola doesn’t see herself as a hero. In fact, she says she is disappointed she didn’t ask the tough questions sooner.

“I was every other woman. I did what every other woman did. I have a trust in the system. I’m in healthcare but I’m always a strong advocate – for my sons, for my parents. Hopefully, no other woman will go through what I went through, despite following the screening protocol for women at average-risk of breast cancer,” said Cagnassola, who adds that she feels great now and that her recent screenings were tumor markers were normal.

“If anything, I still feel stupid that I had so many mammograms and didn’t act for three years. I wonder if I hadn’t said anything at all would I be diagnosed with Stage 4 cancer while sitting in an emergency room?”