The baby’s name, if she is a girl, will be Elliott Ann.

This baby on the way for Kristin and Brian Powers is a remarkable, insistent sign that life is most certainly a cycle. That life is a battle, full of defeats and of victories.

That life is happy and life is devastating.

Kristin (Owens) Powers has lived all of that in one year. And today, as she and her husband celebrate one year of marriage, she feels a bittersweet wave of emotions.

Her mom, Cheryl Owens (formerly Cheryl Ann Elliott), would have loved to be here, a bright ray of sunshine and cheer to celebrate with them on their one-year anniversary.

She would have reveled in her daughter being pregnant, with a baby on the way.

A baby that would be her namesake.

When Kristin Powers was married Jan. 3 inside a hospital room as her mom battled Stage 4 cancer, she suspected the honeymoon would be a funeral. 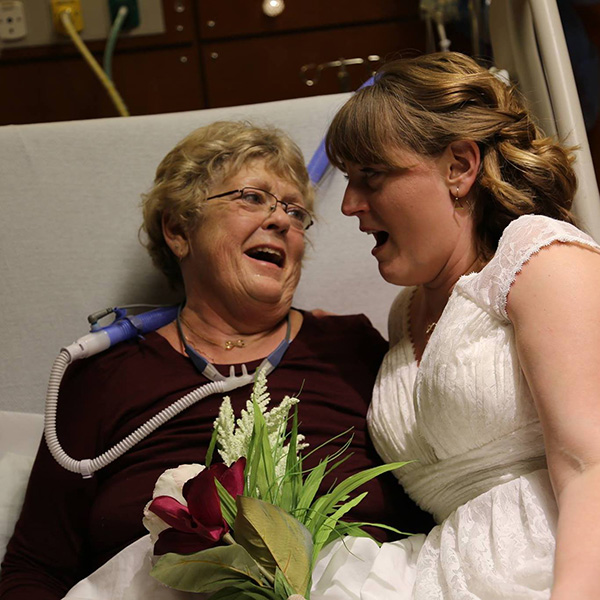 They didn’t talk about it. Her mom hated talking about dying. She despised it. The road to her death had come so rapidly.

Cheryl Owens started coughing in June of 2016. The doctors, at first, thought it was allergies, then an upper respiratory infection, then pneumonia, then a fungal infection. The coughing got worse and it persisted.

In early October, doctors found a 5-inch tumor on Cheryl’s kidney. It had spread to her lungs. On Nov. 1, Cheryl had surgery to have her left kidney removed. By mid-December, she had started chemotherapy.

And then, on Jan. 3 of 2017, Kristin Powers got the early morning text from her mom as she lay in a hospital bed. It was filled with emojis of crying faces. There was nothing else doctors could do. Her mom didn’t have much time left.

Kristin Powers’ wedding was set for February. That date dissipated. Her mom had to be there. She made the decision to ask the hospital to get married there – right in her mom’s room.

Together, they concocted a whirlwind wedding. And it was beautiful.

It’s still hard to believe that Powers describes her wedding as the “perfect wedding ceremony” — given that her mom lay there with days to live. And yet, it was the perfect ceremony.

And it was the perfect way for her mom to spend her final days on this earth, celebrating her daughter’s marriage.

“I’m thankful it happened that way,” Kristin Powers says. “It gave everybody something really to look forward to.”

Her mom did not want to discuss her fate. So, as dozens of friends and family members came to her room, Cheryl Owens could talk about the wedding. 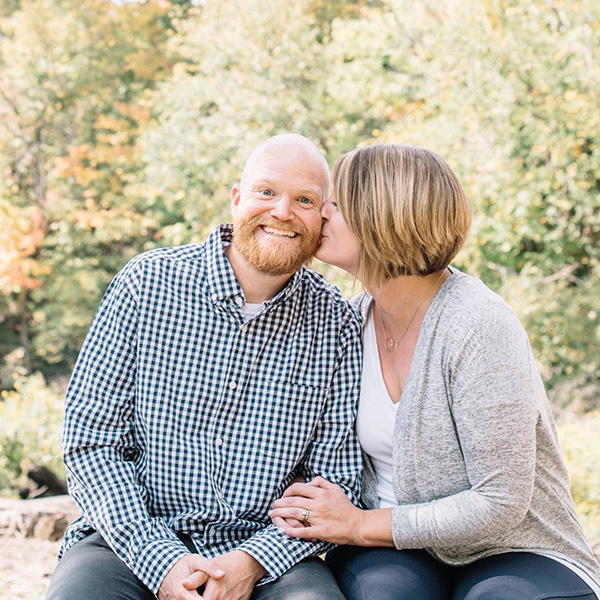 The day after the wedding, when the photographer dropped off the photos, she could talk about those.

“She was able to just enjoy people talking about that,” Kristin Powers says, “instead of the big elephant in the room.”

It’s a good way to remember her mom, smiling and with tears of joy. And it’s a wonderful thing to think about how she would feel with the latest turn of events for her daughter.

Kristin and Brian Powers found out they were expecting a baby in November. It gave the couple something to feel happy about as they approached the first holiday season without Cheryl Owens.

Kristin Powers believes that is no coincidence. Both she and her brother were born in August.

And she is sure her mom is somewhere smiling.